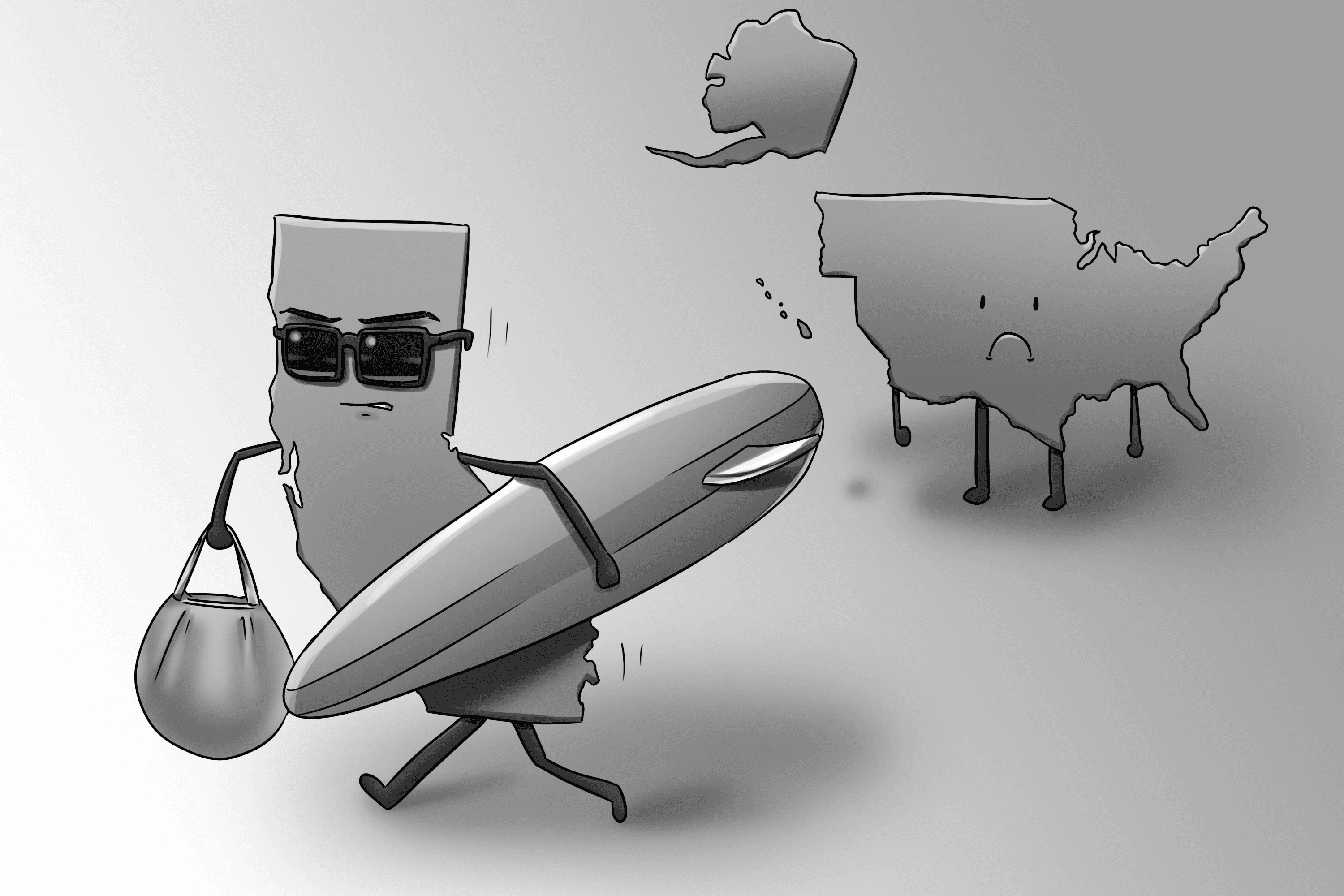 Since the 2016 presidential election, the movement for a Californian secession — started by the Yes California organization and referred to as “Calexit” — has gathered thousands of virtual signatures in hope of provoking a referendum that would allow it to appear on the 2018 ballots. Such a proposal, proponents claim, would be beneficial for California and chosen by residents of the state. Besides the proposal being nearly impossible to accomplish, the drastic measures the state would have to take, many of them involving state and federal infrastructure, would pose too much complication for it to be beneficial.

In the past, states have attempted to secede from the country, yet none have been successful in doing so.When Texas attempted to secede in 2012, the Obama administration gave none of its support to the cause, demonstrating that the White House would probably never approve of such an idea. Even if Yes California were to receive a referendum, which is unlikely to happen, it would still have to win the support of Californians, many of whom find the idea to be too radical. More specifically, Republicans, who make up approximately 31.5 percent of the population, would be the least likely to vote in favor of secession since it is primarily a message of disapproval to President Trump and his administration. With such a large portion of the state’s population against it and not having any guarantees that liberals would support the cause, the chances for passing secession through legislation are slim.

While it may be true that California holds the sixth largest economy in the world and is rich in natural resources that generate millions of dollars, there is somewhere between a moderate to high probability that companies located in California would want to move out of the state. In fact, major companies have already began to relocate themselves to cheaper states where the minimum wage isn’t as high. A secession would only encourage more companies to leave due to the uncertainty of how it could negatively affect them, which would ultimately result in the loss of jobs for thousands of Californians.

Although the state holds 47 billion dollars worth of agriculture and produces more than a third of the country’s fruits and vegetables, California also faces another serious problem which would be exacerbated by Calexit: water. It may be true that in these past couple of months the state has been able to dramatically decrease its prolonged drought, but Southern California continues to  remains in moderate to severe conditions. There is also a level of uncertainty surrounding whether the following years will continue to have heavy rainfall or not. If this were the case, California would no longer be able to rely on some of its most dependable water resources, such as the Colorado River. Water is essential to California considering that 54 percent of it is used for agriculture, especially in the summertime when the demand for water usually surpasses its availability. Without it, California would neither be able to generate the profit it makes from agriculture nor sustain the rest of America who is dependent on it.

California’s secession would have a negative impact on more than just Californians: The rest of the country would face the very problems California wishes to leave behind. In political terms, the Democratic Party would suffer tremendously, losing a total of 53 member in the House of Representatives, 38 Democrats and 14 Republicans, as well as 2 Democrats in the Senate. This sudden shift in Congress would happen with major friction and would ultimately allow Conservatives to gain a firm control of the government. California’s secession would remove a large portion of cultural diversity that California is fortunate to have. This diversity is essential to the function of businesses. It strengthens their reputation and provides flexibility with regards to international work benefits. Additionally, the lack thereof would inorganically strengthen conservative values in America, since a majority of minority groups, many of whom reside in California, tend to vote democratically.

Instead of dividing the country even further, Yes California should reconsider its proposal and promote other movements that support American values. With the context of recent unprecedented changes made by the government, such as the immigration executive order, Calexit would only result in more turmoil. By following through, Californians and the rest of the country would have to pay a high price, and it’s one that doesn’t have to be paid.

What are your thoughts on Calexit? Comment below, or email us at [email protected]!