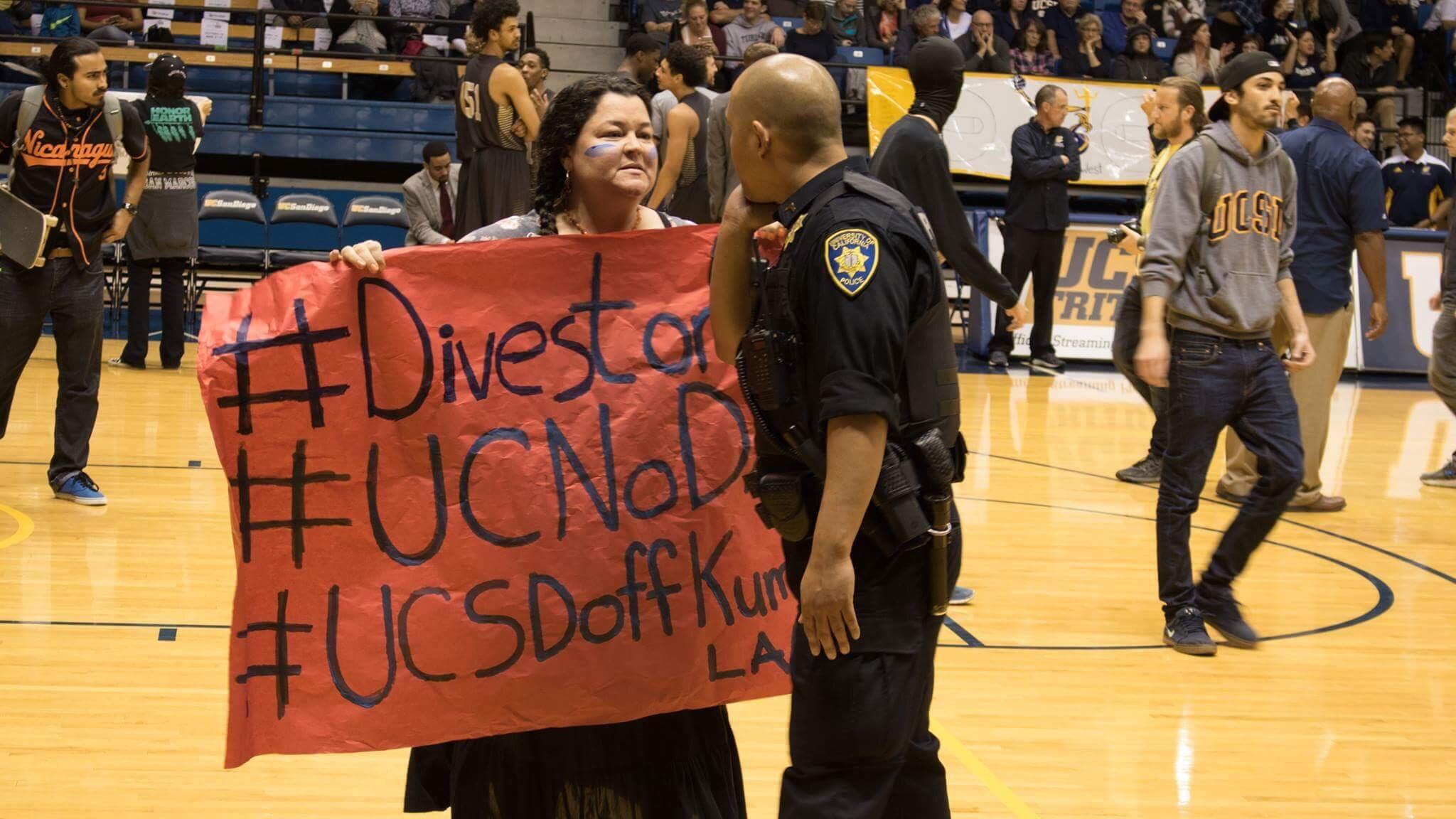 Protesters suddenly entered and occupied the RIMAC Arena during Spirit Night tonight to demonstrate against several issues, including the Dakota Access Pipeline. The students came in from a side entrance and formed a perimeter around the court during halftime of the men’s basketball game against CSU Monterey Bay.

The protest lasted for approximately 20 minutes, with students holding signs that read “U [will] C Sanctuary Campuses” and “You Have Triton Spirit? So Do We! It’s Called Demanding Divestment.” The campus police arrived after about 10 minutes, first waiting by the edge of the court and then approaching the protesters. Shortly after arriving, the police spoke with the demonstrators, and then they left the court and the game resumed.

Thurgood Marshall College freshman Kiara Gomez, who attended the game, described the protest to the UCSD Guardian and explained that she agreed with the protesters’ message and methods.

“I think that they received the attention that both they and the issues they spoke out about deserved,” Gomez said. “The student body chanted alongside them, and it was a good opportunity for their demands to be seen.”

The UC San Diego basketball team received a technical foul as a result of the protesters’ actions.