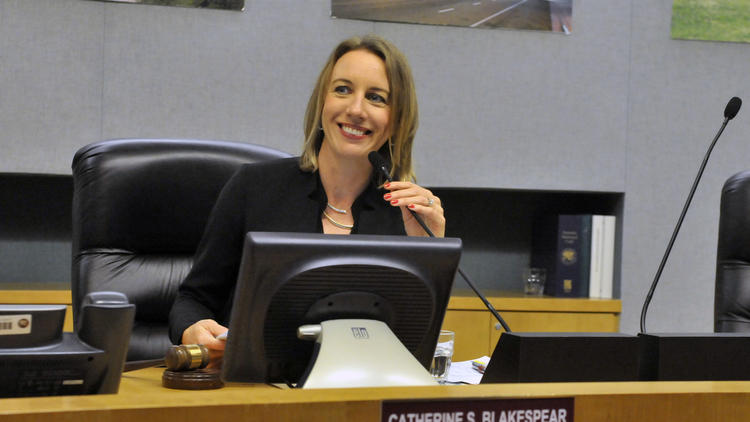 City officials in National City and Encinitas have decided to raise their own salaries by 10 percent and 45 percent, respectively. The National City hike has been approved but still requires a final vote in the coming months. The Encinitas hike was authorized last Wednesday.

The increases apply to mayors and council members of each city council.

Encinitas city council members voted 3-2 in favor of the 45 percent pay raise after going without one for nine years. The hike won’t take effect until after the November 2018 elections, when three council seats will be available. Unless the three outgoing council members are re-elected, it’s possible some who voted in favor of the pay hike won’t benefit from the increase.

The 45-percent pay increase for Encinitas city officials is in line with state legislation that allows council members to set a pay rate according to the population size of the city, said Encinitas Mayor Catherine Blakespear.

The bill states that a raise can not exceed five percent per year since the last pay increase. Since the Encinitas city council hasn’t received a raise in nine years, this translates to a five percent increase for every year the council went without a raise.

“Because this is such a politically hot potato, it hasn’t been done in nine years,” Mayor Blakespear told the UCSD Guardian. “We should be compensated in line with what the state legislature has said we should be paid.”

Rich Whitesman, an Encinitas resident who spoke at Wednesday’s council meeting, expressed dislike of the pay hike, vouching instead for an incremental approach.

“I believe that that amount of compensation is unwarranted and outrageous,” said Whitesman. “Ten percent I think is reasonable, and then look from there.”

Deputy Mayor Tony Kranz, who voted for the pay increase, defended his position in responding to the Whitesman.

“I don’t do this for the money,” said Kranz, “but I don’t think that it’s inappropriate for us to be compensated to a level that is commensurate with the important work that we’re doing.”

Before the increase, the base salary for Encinitas city council members was $14,232, with the mayor being paid $100 more a month, for governing a city with a population of roughly 62,000. City officials in similarly-sized National City are paid $24,791 a year, nearly the same as those in Oceanside, which has a population of approximately 176,000.

Mayor Blakespear also mentioned that when council salaries are too low, only wealthy candidates are able to apply.

“At a certain point it affects who is able to apply for the job,” Blakespear said.

Although city positions are considered part-time jobs, Blakespear told the Guardian that mayoral and city council positions are “more than full-time jobs.”

As for National City, the city council could hold a final vote on the 10-percent pay increase as early as March, although an official date has not yet been set.

National City council members voted down a larger proposal on Jan. 17 that would have raised Mayor Ron Morrison’s base pay by 32 percent and brought his total compensation package to $92,600.

More than a dozen National City community members were reported to have voiced their disapproval of the pay increase, citing concerns that the hike would be bankrolled using the taxes of some of the poorest residents in San Diego County.

Vice Mayor Albert Mendevil abandoned the proposal that he, Morrison and Cano had supported weeks earlier after hearing the community’s concerns.

According to the U.S. Census Bureau, National City’s median household income is $41,437.

Morrison continued to defend his proposed pay raise after it had been voted down.

“I hate to say it, but you get what you pay for,” he told his council colleagues after the vote.