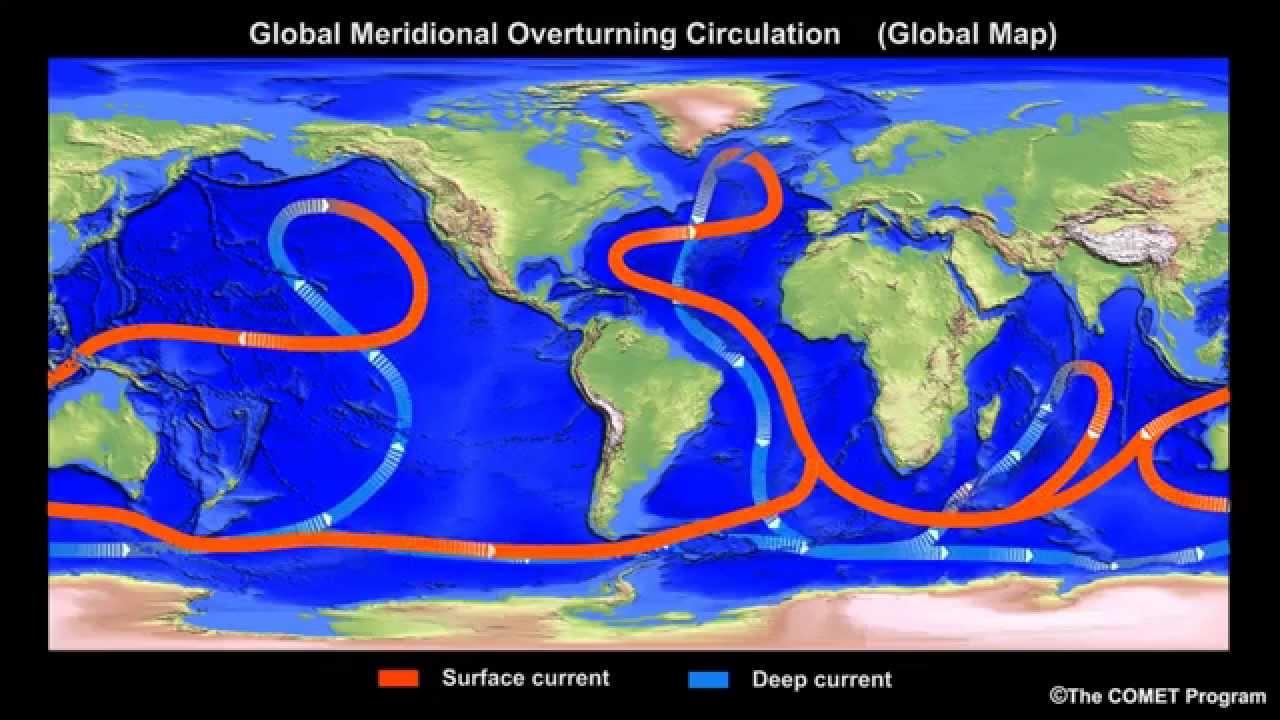 A research article, published on Jan. 4, suggests that much of the climate change models predicting our future weather patterns may show a systematic bias for a stable Atlantic Meridional Overturning Circulation.

The AMOC is an important ocean current that generally pushes warm water northwards while cold water flows south. It has largely been assumed to be stable in most prediction models of climate change, but new evidence suggests that there may be a large-scale collapse of this pattern in the near future.

The model used in the paper shows that if the atmospheric carbon dioxide concentration were to double from the 1990 level of 335 parts per million, the circulation would collapse in 300 years. It would cause the northern Atlantic Ocean to begin cooling, the spread of Arctic sea ice to hasten, and the temperature to drop in the Northwestern Atlantic Ocean and Europe.

Several research centers and universities worked together on the analysis, including Scripps Institute of Oceanography, Yale University and the University of Wisconsin–Madison. First author and a former Scripps postdoctoral researcher now at Yale University, Wei Liu, explained how the discrepancy between reality and many current climate change models indicate a bias in AMOC stability.

“First we want to know if there is a criteria, like a dynamic metric, to monitor AMOC stability,” Liu told the UCSD Guardian. “I have found that if you put the observation data into the indicator, it suggests that the AMOC is currently in an unstable regime, yet if you look at climate change models they say it is in a mostly stable regime.”

Scripps climate modeler and co-author Shang-Ping Xie thinks the Atlantic circulation’s effect on climate change has been less studied compared to more obvious changes such as ocean surface temperature because the AMOC is difficult to observe and understand. However, its importance is clear because of how it will affect North America’s and Western Europe’s weather patterns and climate.

Xie gave insight into how other major ocean circulation patterns besides the AMOC have had an effect on the local climate here in San Diego.

“In San Diego, for example, ocean upwelling, in which winds from the north blowing across the ocean surface push water away, while cold water then rises up from beneath the surface, happen on La Jolla beach, where the water is quite cold even though we are in Southern California.”

Both Xie and Liu expressed a strong desire to continue with this line of research, working toward creating more models, applying realistic global warming scenarios and producing more papers to highlight the importance of climate change research.