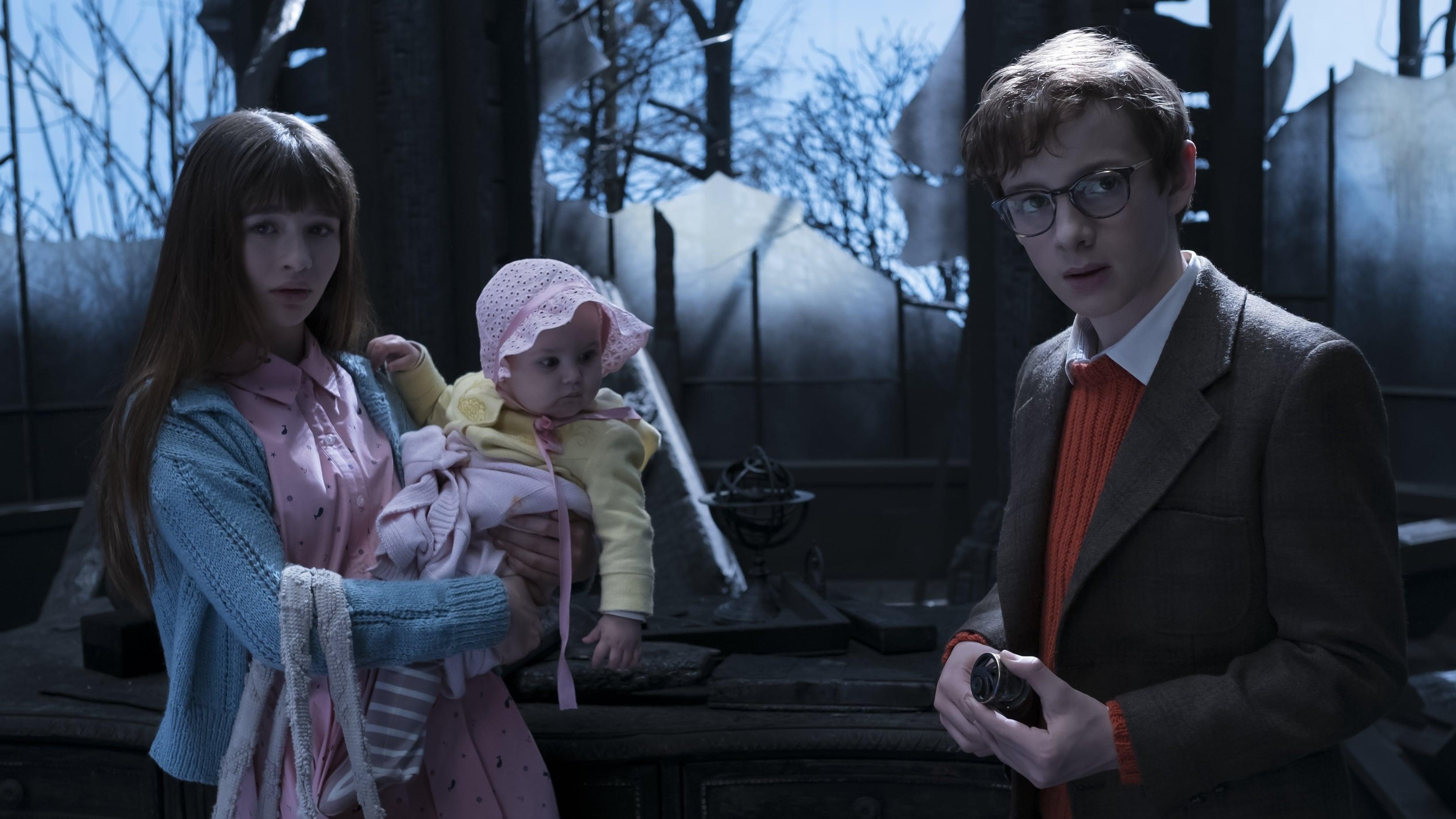 Resurrected from the Hollywood graveyard, a beloved children’s series has gained new life as a Netflix series. For many fans who grew up reading the books, its abandonment after one moderately unsuccessful film was a tragedy, akin to Harry Potter and friends laying down their wands after only one film. Thanks to dedicated producers Daniel Handler and Barry Sonnefield, who have carried the torch for this series for 13 years since the 2004 film by the same name, fans old and new have a chance to see a much more faithful adaptation of this beloved series.

We follow Violet (Malina Weissman), Klaus (Louis Hynes) and Sunny (Presley Smith) Baudelaire, three children whose parents recently perished in a mysterious fire. Ultimately, they are sent to live with a (very) distant relative, the villainous Count Olaf (Neil Patrick Harris). Each child has a unique talent, which aids them in thwarting Count Olaf’s plot to steal their sizable inheritance. As the show progresses, they try to remain one step ahead of the Count while trying to solve the mystery of their parents’ death and the possible involvement of a shadowy organization, the V.F.D.

Neil Patrick Harris’ version of the main villain, Count Olaf, is snarkier and more subdued than Jim Carrey’s previous portrayal, but this isn’t by any means a bad thing. Instead of being derivative of Carrey’s interpretation of the role, Harris’ Count Olaf feels like an older, much creepier version of the actor’s most famous character, Barney Stinson (“How I Met Your Mother”), which adds a lot of appeal for adults. He also sprinkles in a little Hannibal Lecter and a pinch of Mrs. Doubtfire for good measure.

This series improves on the aforementioned film because it captures the wonderfully strange, non-linear storytelling pattern of the original books. The largest difference in this long-form series is the addition of Patrick Warburton as the titular character, Lemony Snicket. He serves as the narrator for each episode as well as a character proper, living in the background shadows of many scenes. He regularly breaks the fourth wall to speak directly with the viewer, offering us backstory and commentary. Warburton’s interpretation of Snicket as this hardboiled detective type works well to create a great post-modern feel to the series, reminiscent of “Dirk Gently’s Holistic Detective Series” and others.

Many critics of modern children’s programming often talk about how increasingly adult themes are featured in media aimed at those who are not yet 16 years old. “A Series of Unfortunate Events” may fall into this category, with a healthy dose of mild violence, both explicit and implied, as well as some kidnapping and arson to boot. However, the show manages enough levity and cuteness to appeal to a younger audience, who may be increasingly desensitized to the more abhorrent of things. Kids watching at home would also like the fact that the three orphaned Baudelaires often seem the most mature and logical of all the characters, while the adults are usually oblivious to the events unfolding around them. Overall, however, this series may appeal most to adults, as the slow pace and dry humor may leave younger audiences switching over to content with more explosions and bright colors.

Visually, the series is very stagey, filmed in a compact style like the set of a Broadway play. It feels like a well-done homage to the illustrative style of the children’s book series, creating a small and often magical self-contained world. It also looks very Wes Anderson-esque, with a vintage charm reminiscent of “The Royal Tenenbaums” and “Moonrise Kingdom,” with a bit more murder and mayhem thrown in for good measure.

The success of this unique story as a television series instead of film(s) serves as a microcosm for how both kids and adults today consume media. We increasingly find that long-form visual storytelling gives us much more compelling characters and story elements, and we want them delivered directly to us in an on-demand modality. Shrug off the stigma of an adult watching a kid’s show, and add “A Series of Unfortunate Events” to your list of shows to watch in 2017.