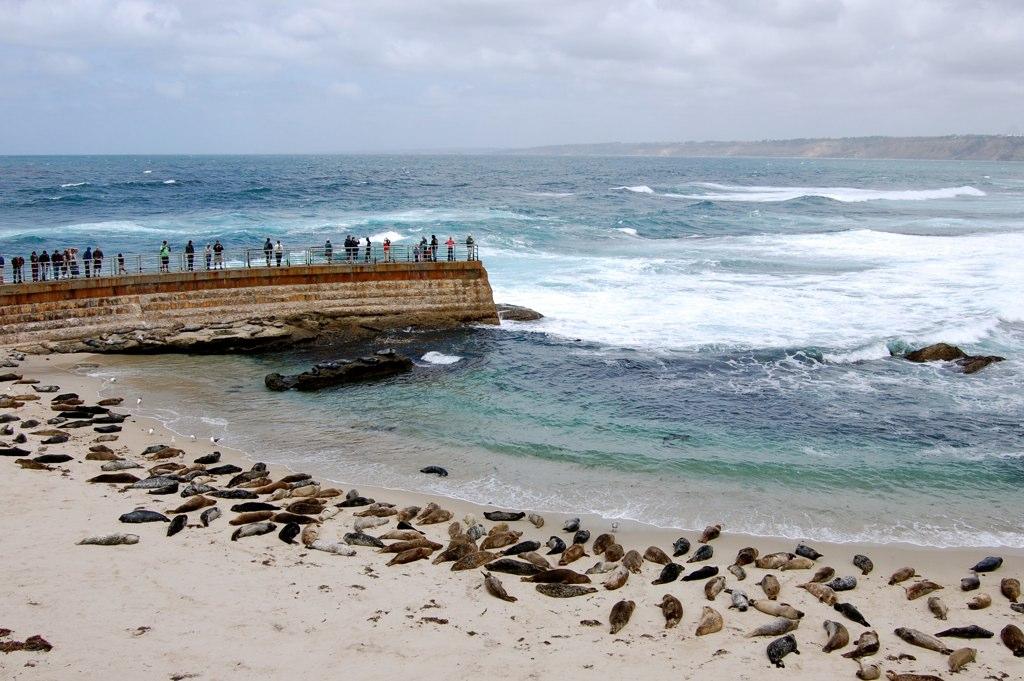 The La Jolla Town Council Task Force on California Sea Lions has requested that the city of San Diego declare La Jolla Cove a public health hazard due to the high number of California sea lions that inhabit the area, sdnews.com reported on Nov. 25.

Attached to the letter was a document titled “Call for Action,” which outlines the ongoing concerns many La Jolla residents have with the sea lions and suggests that Faulconer invoke “his legal right to move and exclude CSL from specific areas” under section 109(h) of the Marine Mammal Protection Act to remove the sea lions from certain areas where they pose a threat to humans.

Enforced by the National Oceanic and Atmospheric Association, the MMPA protects all marine mammals within U.S., but allows for their removal under certain circumstances in the cited section.

The “Call for Action” states that among other incidents involving the sea lions, beach visitors have been attacked by the sea lions while approaching them, lifeguards have contracted infections from swimming in the water contaminated by the sea lions’ waste and decaying bodies and several events have been cancelled or relocated due to the poor water quality.

According to sdnews.com, Jeffrey Chasan, an audience member at a task force meeting, reiterated the negative impact the sea lions have on local residents.

“I’ve lived here for almost 25 years and I swim in the cove and the quality of the water is poor there because it’s become contaminated,” Chasan stated. “We do need to find a mechanism to push the sea lions to a different settlement, get them to stop hauling out at the habitat we’ve all created.”

However, Thurgood Marshall College sophomore Kol Chaiken disagrees with this attitude. An environmental systems major, Chaiken believes that the beachgoers are the true problem.

“They should ban the people instead,” Chaiken told the UCSD Guardian. “La Jolla Cove is the sea lion’s natural breeding location, and there are plenty of other beaches to go to just for the next [few] months.”

The “Call to Action” explained that the La Jolla community would reinforce the City’s actions through two phases: Community pro bono and subcontracted experts could provide help in drafting a contract with the City handing the lead to LJTC for the sea lions’ removal and implementing an extraction plan. The local residents would also donate funds to the removal in order to ease the burden on taxpayers.

The La Jolla community has taken additional actions in the past to mitigate the perceived damage caused by the sea lions. In January of this year, the LJTC approved a measure to install plastic barriers that would prevent the sea lions from reaching the rocks at the Cove, and in 2015, a group of residents and business owners sued the City of San Diego over the smell created by the sea lions’ feces.

The UCSD Guardian reached out to the NOAA Southwest Fisheries Science Center in La Jolla and LJTC for comment, but received no response.