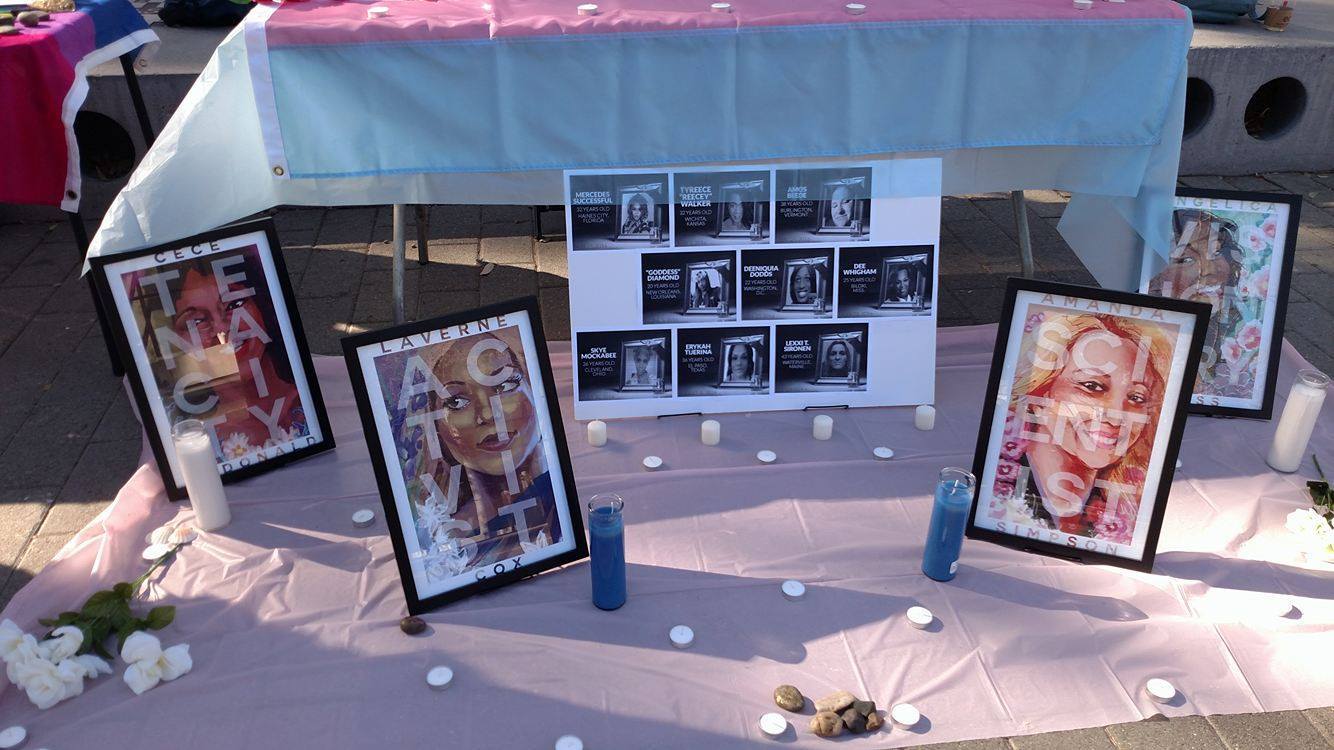 UCSD students gathered on Library Walk on Friday for an early recognition of the Transgender Day of Remembrance, where they commemorated lives lost as a result of transphobic violence and raised awareness of acts of brutality carried out against the transgender community. The official Transgender Day of Remembrance took place on Sunday, being held on Nov. 20 since its inception in 1998.

Members of the UCSD LGBT Resource Center lit candles and displayed pictures of 26 transgender individuals who died in transphobia-motivated attacks this year. Illustrations of transgender rights activists within the community, including Laverne Cox, an actress and television producer, and Amanda Simpson, a defense industry veteran and senior technical adviser of the Department of Commerce’s Bureau of Industry and Security, were also featured.

The first TDOR began in 1998 when Gwendolyn Ann Smith, a transgender advocate, held a vigil to memorialize transgender men and women who were killed in violent attacks. According to the LGBT media source GLAAD, or the Gay & Lesbian Alliance Against Defamation, Smith believed such an observance was necessary.

“The Transgender Day of Remembrance seeks to highlight the losses we face due to anti-transgender bigotry and violence,” Smith said. “I am no stranger to the need to fight for our rights, and the right to simply exist is first and foremost. With so many seeking to erase transgender people — sometimes in the most brutal ways possible —  it is vitally important that those we lose are remembered, and that we continue to fight for justice.”

Vanessa Villacorta, an Eleanor Roosevelt College junior and student intern at the UCSD LGBT Center, talked about the day of observance with the UCSD Guardian.

“[Transgender Day of Remembrance] brings awareness to the violence that continues to be inflicted on the transgender community to this day,” Villacorta said. “But it’s also to honor those who still continue to struggle today and who are surviving and their resilience. Also, it’s about how transgender violence has an inherent connection to things like race, gender and class. It’s important to commemorate transgender lives not only just this day … they should be thought about every day.”

Injustice at Every Turn is a report presenting data from the National Transgender Discrimination Survey. The report stipulates that 2016 has seen the most violent acts against transgender people in comparison to all other years on record. As of now, 26 individuals’ deaths have been reported. In 2015, 21 transgender people were reportedly killed, many of whom were both transgender and of color.

According to Villacorta, steps to create a safer environment on the UCSD campus include designating more bathrooms as gender-neutral and allowing incoming students to have the option of defining their gender pronoun before coming to UCSD.

“I think we’ve been working on [having a more open campus climate],” Villacorta told the Guardian. “Our director of the LGBT Resource Center is working on giving students the option to indicate their gender identity and pronouns in the university’s database and rosters, so your professors and other school resources of your preference know what pronouns to refer to you with. That’s a really big thing they’re working on right now, and have been working on for a while.”

In order to help create a more inclusive, safer climate, Villacorta recommends that UCSD students use “I” statements, respect gender pronouns and not refer to all people by one gender. Words such as “folks” and “y’all” can help promote more inclusive language.

In order to help increase visibility of the transgender and gender nonconforming community and recognize the struggles these individuals encounter, people across the U.S. also participated in Transgender Awareness Week, which took place Nov. 14 through Nov. 20.

This article has been edited to reflect that Villacorta is a student intern at the UCSD LGBT Center. In addition, her quotes were modified in order to explain that incoming students may be able to include their gender identity and pronouns in the university’s database.