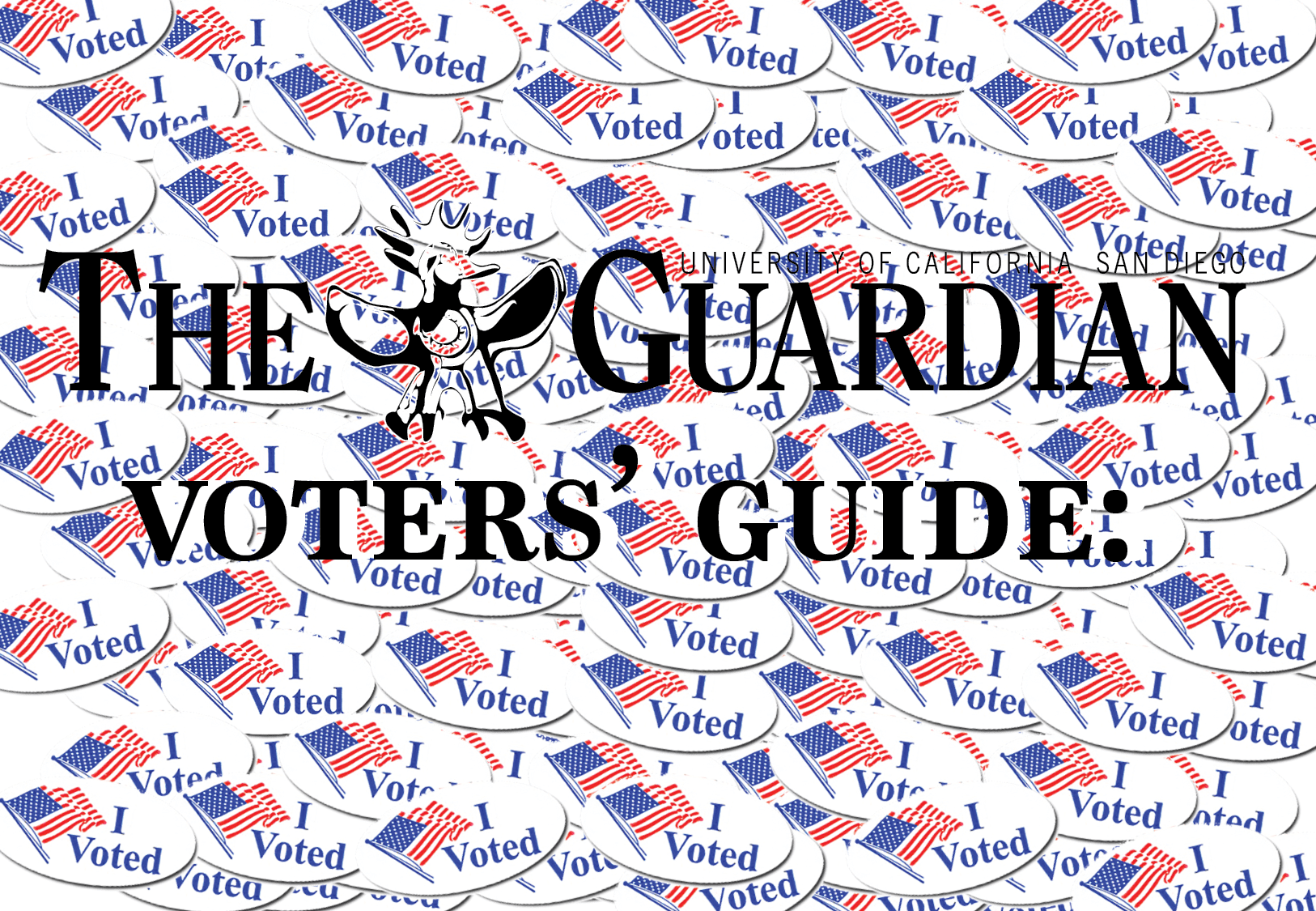 The legalization of marijuana has long been a contentious topic in California. Just six years ago legalizing marijuana was on a November ballot as Prop 19, but failed to pass with 53.5 percent of voters rejecting it. This year, voters have the opportunity to legalize marijuana for the sake of maximizing state revenue and improving upon outdated marijuana-possession policy. Decades of aggressive criminal laws have proved to be fruitless: Black and Latino communities are disproportionately targeted and incarcerated through discriminatory enforcement of marijuana laws. With marijuana possession being categorized as a misdemeanor as of 2010, the new initiative would take the step forward in according records and sentences with current policy. If passed, Prop 64 would enable individuals currently serving time for marijuana possessions conviction to request shorter sentences, and to have their records changed. Above all else, marijuana remains widely consumed and accessible via medical recommendations. Through the implementation of a state tax on the commercial cultivation and sale of marijuana, revenue is estimated to reach one billion dollars each year. This revenue would fund substance abuse treatment for youth, environmental restoration and research on medical marijuana. It is true that not everything is clear moving forward with legalization. Establishing a THC limit to indicate driving under the influence, for one, is something that must be addressed soon after legalization. However, with the enormity of potential revenue, there is no time to waste.

Support Schools for the Long Run

Proposition 51 seeks to address California’s extreme lack of funding for improving school facilities, but it really only provides short-term relief for a constant problem and prevents pre-existing issues with the state’s program from being resolved. Prop 51 seeks to create the 2016 State School Facilities Fund and finance it with a $9 billion general obligation bond. Since the first SSFF was established in 1994 by a ballot measure, there have been bond initiatives every few years providing more money for school construction accompanied by massive amounts of interest. Yet, modernizing and constructing school facilities is an ongoing issue. By consistently renewing bonds, California is treating a permanent problem like it is temporary. However, Prop 51’s biggest issues are with the bill’s two other changes — preventing amendment to developer fees and to the format of the SSFF. The SSFF does not, in most cases, cover the full cost of a modernization or construction project. Instead, the state pays for 50 to 60 percent of the amount, and school districts finance the rest. Developer fees, which are the fees school districts receive for commercial/industrial building, are one of the main sources of revenue that schools use to pay their local share. By blocking amendment to these fees, Prop 51 prevents school districts from raising the amount to fund their projects. Furthermore, the SSFF has several issues with its setup; most obviously that it is first-comefirst-serve and not need-based. This results in schools with more resources that likely need updates less getting their projects financed, instead of the poorer schools that need it most. Prop 51 would prevent that problem, and all others, from being reformed. While Prop 51 appears to benefit the state and students in particular with its bipartisan support, it is more of an attempt for developers to profit while hiding behind the promise of school funding. California should forego this opportunity for the chance to mold the SSFF into a better program with regular funding.

Opportunity for A Fairer Justice System

Proposition 57 aims to increase parole opportunities for nonviolent criminals and make the justice system more lenient towards minors by allowing judges, rather than DA’s, decide whether to try juveniles as adults. This is an excellent first step in reforming California’s justice system into a system focused on rehabilitation rather than punishment, giving non-violent offenders a second chance at becoming productive members of society. Furthermore, with an overloaded prison system, it is time that California begins to focus less on imprisoning criminals who pose little threat to public safety and more on violent criminals who do pose a threat to the public. The proposition will take a step toward reducing the unjust practice of trying minors as young as 14 years old as adults, which often results in longer prison sentences and gives the youngest members of society fewer chances at redemption, at an age when they are most deserving of redemption. Though Proposition 57 will not entirely fix our justice system, it will be a vast improvement.

Through Proposition 58, voters have the opportunity to lay a strong groundwork for equitable and accessible bilingual education in California. This groundwork was not laid by Prop 227 — passed in 1998 and championed by a PBS-described “Silicon Valley millionaire” — which required California public school teachers to instruct primarily in English. Requiring waivers for students who wished to pursue foreign-language immersion programs, the bill added an unnecessary barrier to dual-language immersion programs in a state where, according to the U.S. Census Office, 38 percent of the state’s population speaks Spanish alone. It is now time to listen to the multiple education-based interest groups and teacher associations who opposed Prop 227 and support Prop 58. Passing 58 could help make schools like San Diego’s Sherman Elementary School the norm. Since Sherman Elementary introduced Spanish-language education that implements phonetics, Sherman Elementary, where 84 percent of students are lower-income and 74 percent are English-learners, 49 percent of English-learning students at the school surpassed standards on the Common Core tests last year. According to Voice of San Diego, California’s average for English-learning students is five percent. English-speaking students, too, proved to surpass their monolingual counterparts under this program. What has changed since Prop 227 passed is readily available research demonstrating the value of dual-language immersion in public schools. According to a Stanford study, young students participating in dual-language immersion programs continued to improve in English and in other subjects throughout primary education, while “graduates of English immersion programs often reached a plateau … and performed consistently worse in others subject areas,” as reported by PBS. Prop 58 will send California in the right direction in regards to tearing down barriers to biliteracy and accessibility.

If voters pass Proposition 62, the Repeal of the Death Penalty Initiative, California will join 20 other states — and the majority of developed countries — in abolishing the death penalty. Advocates of tough-on-crime policies may insist that the penalty acts as an effective deterrent to murder; the statistics, however, tell a much different story. A 2014 study by the Death Penalty Information Center revealed that states without capital punishment show consistently lower murder rates than those that do. Unlike imprisonment, the death penalty is an irreversible punishment, which is morally questionable given that some prisoners on death row may be innocent of the crimes for which they are convicted. In fact, since 1989, DNA evidence has exonerated 20 people who were sitting on death row, illustrating that this is not a complete rarity. Even in terms of efficiency death row leaves a lot to be desired: Between pre-trial and trial costs, appeals and state habeus corpus petitions, federal habeus corpus appeals and costs of incarceration, the implementation of the death penalty in California costs the state roughly 184 million dollars per year. Being neither just nor efficient, abolishment of the death penalty is long overdue.

Plastic bags have long been a pain in the back of our planet’s ecosystem. Every year, U.S. consumers use a total of approximately 100 billion plastic shopping bags, but only recycle about 5 percent of them. Moreover, California’s plastic bag recycling rate is estimated to be between only 1 and 3 percent, causing around 247 million pounds of plastic — 24 million bags — to end up in landfill. Those that don’t end up in landfill end up in oceans, lakes and waterways where they are mistakenly eaten by animals. To help solve this problem, nearly 150 local cities and counties in California have voted to “ban” single-use plastic bags — consumers are charged a minimum of 10 cents per bag. In November, Californians will have the power to extend this policy to a statewide level by voting “YES” on Proposition 67, a solid step towards decelerating the degradation of our planet. Though this would cost shoppers a bit more, rest assured that low-income consumers — those who use a voucher or payment card issued by the California Special Supplemental Food Program, like EBT — are exempt from the extra charge.

Though Prop 67 will certainly benefit the environment, another proposition on the ballot only pretends it will. Prop 65 — which requires grocers to deposit the bag sale proceeds into a fund administered by the Wildlife Conservation Board — forces store owners to bear all the costs of a plastic bag ban. The intention is to erode local business’ support and prevent Prop 67 from getting passed, which would render Prop 65 null. Even if both did pass, the funds would have marginal impact on the environment, especially after plastic bag usage diminishes. Focus on what counts by voting “YES” on Prop 67 and “NO” on Prop 65.