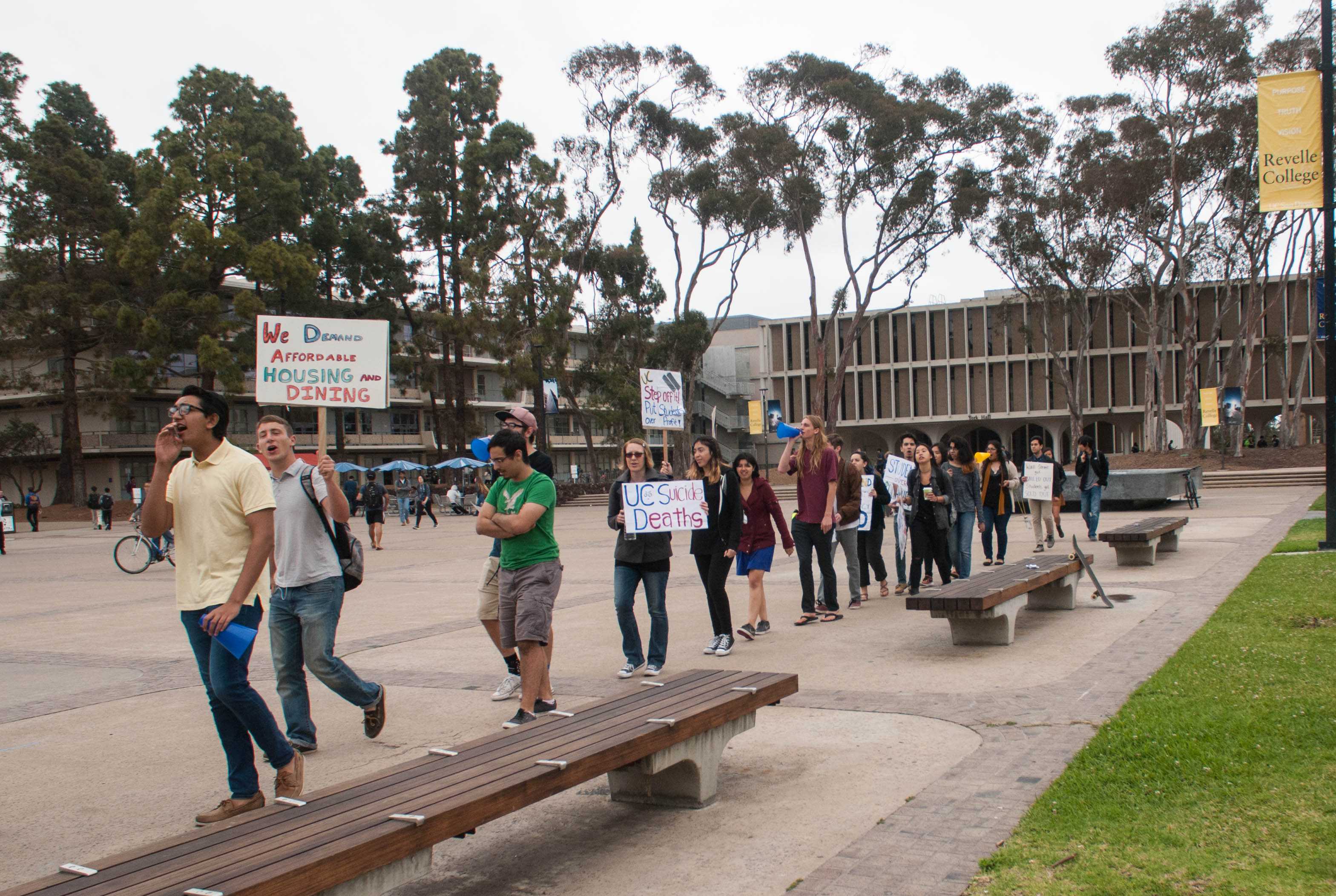 Students gathered in Revelle Plaza on Friday afternoon to protest the administration’s treatment of undergraduate students. The protest, “Students vs. UCSD Administration,” was all-encompassing, addressing multiple aspects of undergraduate life, such as mental health, housing and dining.

The protest began in Revelle College at noon, consisting of at most 30 students holding signs with messages like “We See: People, UC Profit” and chanting “UC Student Debt.” After standing near the fountain for a while, the protesters marched down Library Walk and then to the chancellor’s office, where they nailed a list of demands to the door in a reference to Martin Luther’s 95 Theses.

The grievances posted to the Students vs. UCSD Administration Facebook event page lists seven areas for improvement: mental health care, housing, parking, increasing tuition, college GE requirements, destruction of campus culture and dining. Below each topic mentioned, the protest leaders wrote specific examples of problems with each of the areas they protested, such as understaffing at CAPS for mental health.

Marshall junior Jesus Valencia told the Guardian that while he is not completely informed about the protest, the protesters’ issues with the current housing situation seemed limited.

“Although their heart was in the right place and I admire the passion that drove the protest, their misguided attempt to ameliorate their living situation seemed highly uneducated,” Valencia said.

Dhruv explained that the purpose of including numerous grievances instead of focusing on one issue was to include as many students as possible.

“We wanted to learn from other protests and not divide students based on sex, gender, ethnicity, etc., and we wanted to make a protest that students overall could participate in because everyone is pissed off about paying money — who wants to pay extra money?” Dhruv stated. “[Education] is a basic human right.”

Dhruv also noted that he believes this protest will be part of a greater effort to demand more openness from the administration.