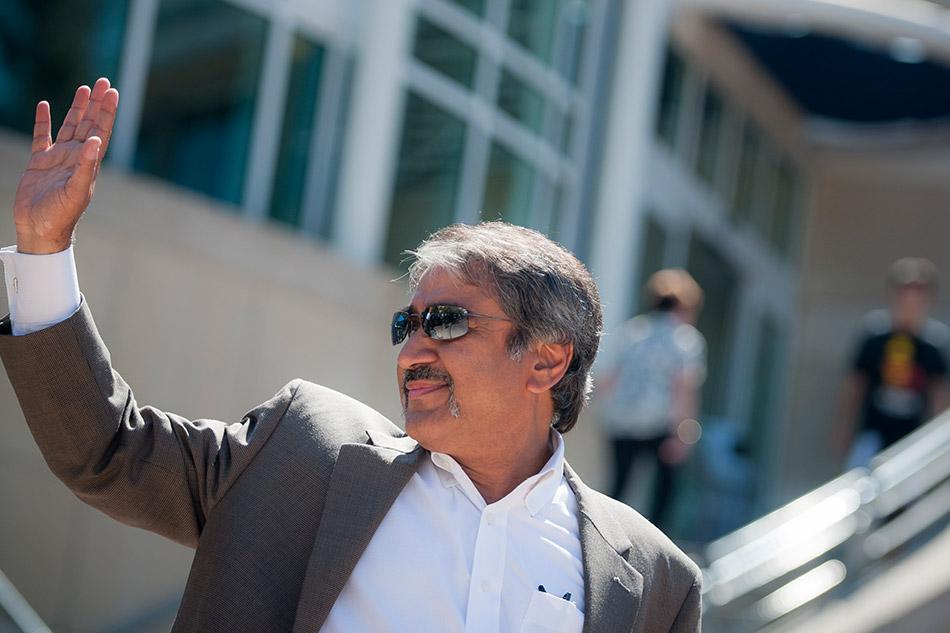 The American Civil Liberties Union of San Diego and Imperial Counties filed a lawsuit against UCSD and A.S. Council yesterday over the student government’s decision to defund all printed media last November. The lawsuit was filed on behalf of the satirical student newspaper The Koala and claims that A.S. Council “unconstitutionally eliminated funding for publication of student print media … because of the viewpoint of The Koala’s speech.”

A.S. Council voted to defund student media on Nov. 18 following a statement signed by Khosla and other UCSD administrators condemning The Koala for the “offensive and hurtful language it chooses to publish.” The lawsuit alleges that email exchanges between UCSD officials indicate this statement was prompted by a satirical piece published by The Koala two days earlier mocking the concept of “safe spaces.”

The lawsuit claims that, though A.S. Council defunded all print media as forms of student speech, it continued to support other forms of speech through the funding of organizations such as Students Against Mass Incarceration, College Democrats at UCSD and others.

Legal director of ACLU San Diego David Loy said that the purpose of the lawsuit was to uphold the principles of the First Amendment, which he believes UCSD, as a public institution, violated.

“However offensive and outrageous The Koala may be, its authors are writing about topical issues of public concern,” Loy said in a press release. “No matter how offended I may be, it is still much worse to give government the power to decide what speech to censor. Once granted, that power will inevitably stifle protest and dissent.”

Representatives from The Koala spoke to the UCSD Guardian about the lawsuit and expressed the belief that the outcome would be in their favor.

“The Koala is confident the outcome will go our way in this case,” The Koala said. “The announcement of a favorable decision will set a precedent for future student organizations not to be unlawfully silenced by the administration.”

Foundation for Individual Rights in Education representative Ari Cohn commented on the lawsuit, saying that the First Amendment is important to preserving an atmosphere of debate and diverse opinion on campus.

“It is important to remember that a university is a place of learning and knowledge creation,” Cohn told the Guardian. “Those pursuits require critical thinking skills and rigorous debate, which is only possible in a system that respects freedom of speech and creates of marketplace of ideas where positions and theories can be discussed and ultimately accepted or rejected.”

Incoming A.S. President Daniel Juarez argued that the lawsuit is not warranted and clarified that The Koala can receive funds through A.S. Council’s programming budget for student organizations.

“I think they could utilize their resources in a more productive way; as a whole, I think it’s a waste of time,” Juarez told the Guardian. “There really is no actual problem because they do have access to programming funding just like any other student organization.”

ACLU San Diego emphasized in its press release that, though it plans to represent The Koala in the lawsuit, it does not endorse the content of its newspaper.

“The ACLU sympathizes with students who are concerned about the reactions to The Koala’s content, especially by those who have suffered violence, racism, sexual abuse, or other traumas,” the statement read. “We find this content disturbing too. But the First Amendment protects ‘outrageous and outlandish’ speech that is often contained in publications such as The Koala, however vulgar and offensive they may be.”

In 2010, A.S. Council voted to defund print media in response to The Koala broadcasting content containing racial slurs and in support of the “Compton Cookout” on the closed-circuit Student Run Television channel, which was promptly shut down due to the incident. Funding was shortly restored.

The UCSD Guardian is a self-funded newspaper and was not affected by the A.S. Council’s decision to defund media.