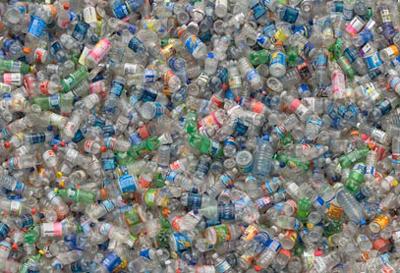 A.S. Council passed a resolution to ban plastic water bottles on May 18. The resolution means that A.S. supports the restriction of the sale of plastic water bottles in on-campus locations and proposes the installation of new hydration stations as well as increased access to disposable boxed water in order to support the university’s aim to be more sustainable.

The plastic water bottle ban campaign grew out of the desire to hold the university accountable for the UC Office of the President’s promise to have all UC campuses be “zero waste” by 2020. It also aims to address the environmental, health and human rights issues that plastic water bottles create.

A.S. Associate Vice President of Environmental Justice Affairs Moon Pankam explained the importance of focusing on the plastic water bottle in the larger context of our campus’s sustainability while recognizing the needs for disposable water containers.

“One manner in which we can achieve these goals [of being waste free] is to phase out the sale of  plastic water bottles,” Moon told the UCSD Guardian. “The production and sale of plastic water bottles is a practice that contributes to the production of plastic waste and carbon dioxide emissions — by participating in a culture of reusable water bottle and hydration station usage…UCSD students, staff, and faculty can reduce negative environmental impacts in a manner that is also cost effective. There is, however, within this resolution, a provision that ASUCSD also recognizes that visitors to this campus may have a need to access disposable boxed water, which is more environmentally friendly than plastic water bottles.”

SSC Project Director for the Water Bottle Ban David Liao described his experience spearheading the campaign as one of collaboration and cooperation.

“One of the important strategies for campaigning is coalition building….collaboration is a key element to a successful campaign,” Liao said. “[Organizations like] Aquaholics Anonymous, under the EH&S, have focused their efforts on water conservation…when we found out that our campaign goals aligned, we reached out to them to collaborate…We reached out to Vice President for ASEJA Moon Thevada early on to begin work on the A.S. Resolution and she has been very helpful for us communicating with the AS council. [With] a team of very supportive and passionate interns, it makes working on the campaign enjoyable.”

Both Pankam and Liao see the next steps to be continuing to spread awareness about the campaign and collaborating with HDH, UCSD vendors and the larger UCSD community.

HDH Sustainability manager Krista Mays reiterated that they will continue supporting and implementing sustainably-minded policies for our campus.

“HDH agreed to discontinue selling single-serve bottled water in May 2011 when students brought forward the AS & SSC endorsed “Resolution To Endorse Breaking the Plastic Habit”,” Mays said to the Guardian. “HDH committed then to remove single-serve water bottles from Dining areas in Fall 2012 and to remove single serve bottled water from our next contract.  Bottled water was removed from Dining in Fall 2012.  Our next contract begins in September and HDH will not carry single-serve bottled water in Dining or Markets. In an effort to ensure that water is easily available, HDH has installed hydration locations in all of its Housing & Dining areas and distributes free reusable bottles to all residents every year.”

Liao hopes to bring the campaign to the attention of faculty and administration to foster more support.

“Since we have the support of the A.S. [Council], which includes the college councils, we will be approaching the faculty via the Academic Senate to pass the resolution,” Liao told the Guardian. “We will also be talking to other administrators before approaching the vice chancellors to work with them, to see what’s best for UCSD in approaching this campaign before proposing the policy to Chancellor Khosla.”