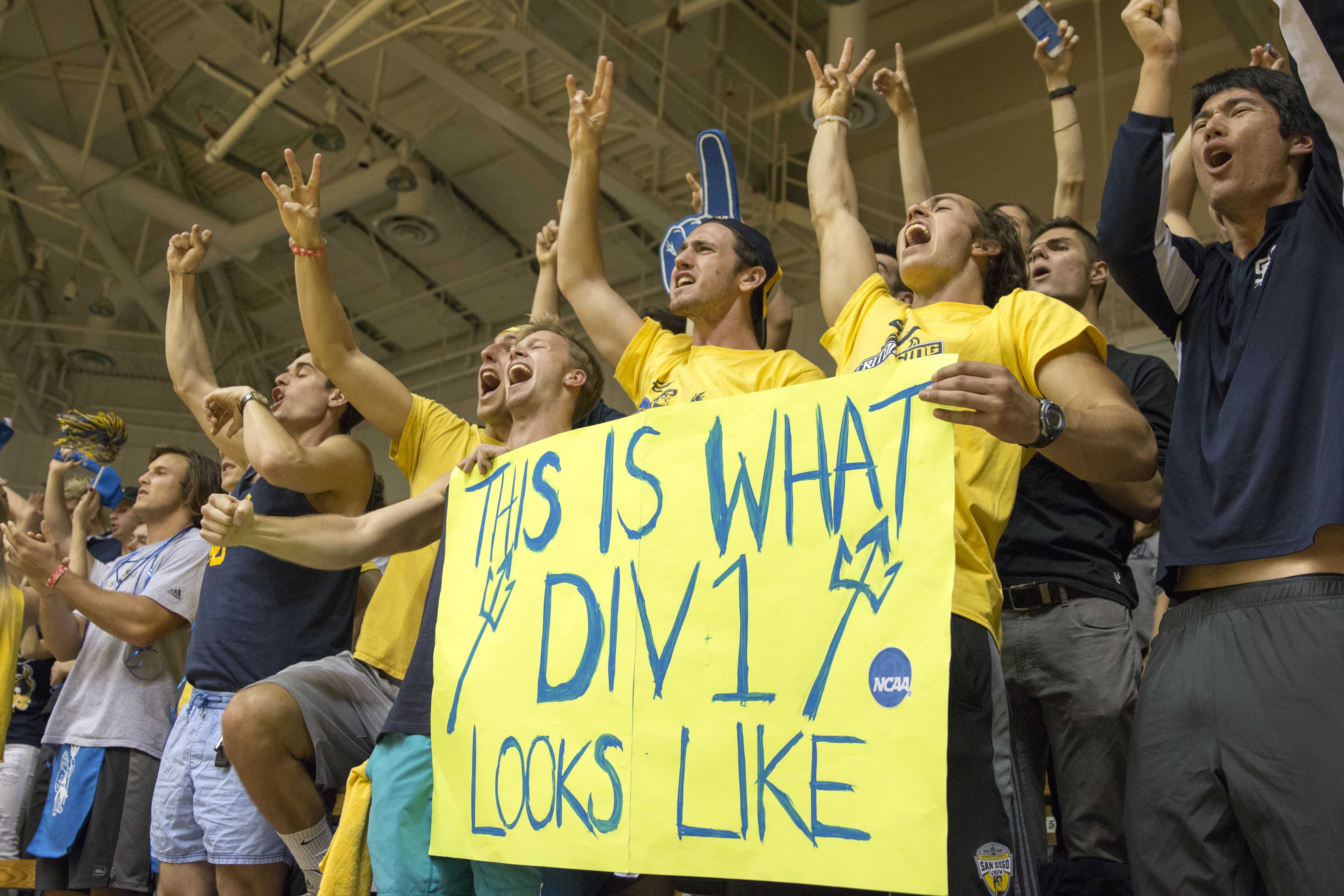 Students voted to increase the Intercollegiate Athletics activity fee today, which puts UCSD on the path toward becoming an NCAA Division-I university. The A.S. Elections Committee announced the results of the special referendum this afternoon at Round Table Pizza.

According to the polls, approximately 35 percent of the student body voted on the referendum. Of the 8,828 students who participated, 6,137 voted in favor of moving to Division I, while 2,567 voted against the fee increase.

UCSD Athletic Director Earl Edwards described the switch as a chance to bolster school spirit for the entire UCSD community, including students, alumni and the public.

“This is an opportunity for us to help improve the student experience on campus, particularly from a pride and unification perspective,” Edwards told the UCSD Guardian. “It will allow alumni the opportunity to be more engaged [and] help us increase our connection to the community.”

Representatives from the No on D1 campaign issued a response to the Guardian stating that they only hope the benefits of this referendum outweigh its cost to students.

“Though we are deeply opposed to the use of student fees to fund a move to Division I, we hope that the athletics department will use the funds raised by the ICA referendum in good faith to benefit students and UCSD in general as promised, and to improve UCSD standing in the outside world,” representatives said.

Following approval from the student body, Edwards explained that further steps are necessary in order for UCSD to acquire Division-I status. These measures include receiving an invitation to join the Big West Conference, as well as faculty approval.

A.S. Elections Manager Claire Maniti clarified that although faculty can reject the students’ vote, Chancellor Pradeep Khosla ultimately determines whether or not the transition process moves forward. Citing student support, Maniti finds it unlikely that the chancellor would turn down the favored referendum.

The money will go towards meeting requirements for financial support, coaches’ salaries, grant-in-aid funds and other costs associated with Division I, allowing UCSD athletic teams  to compete in the highest level of intercollegiate athletics.

“I think it’s important for students to know that we do not automatically enter [Division I] and it will not automatically fulfill the promises made or proposed during the campaign period,” Wang told the Guardian. “It’s not going to instantly boost our brand recognition among all the universities [and] definitely not within the next five years.”

Edwards told the Guardian that he views the success of the Division-I campaign as an indicator of what students believe will improve the UCSD experience.

“To have students make an overwhelming statement in favor [of Division I] tells us that this is something that they believe is not only best for the athletics department, but the university as a whole,” Edwards said.

Wang understands, however, that the support from the student population suggests that students are willing to make short-term concessions for long-term gains.

“This election just means that students are okay with a drastic fee increase, and [that] we have to get that invitation for things to actually happen, maybe in a year or two,” Wang said.

Muir College junior and student athlete Alec Petty said that he is excited about the possibility of being able to compete against schools with well-established athletic programs.

“I look forward to competing against school like UC Santa Barbara, UC Irvine, UC Berkeley, Stanford and UCLA,” Petty told the Guardian. “Twenty years from now I’ll get to come back as an alumni and watch my team beat the Bears.”

In addition, Petty applauded his fellow teammates and other supporters for their Division-I campaign efforts.

“Students came together and made something happen that has been a dream for a lot of people at UCSD for decades,” Petty said. “It made me proud to be a Triton.”