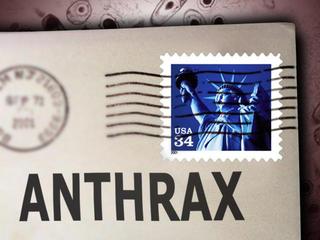 The International Society of Infectious Diseases keeps track of current disease outbreaks via ProMED-mail, an online database that reports flare-ups of infectious diseases and human exposures to acute toxins when they occur. Scrolling through the ever-changing list of ProMED, an acronym for the Program for Monitoring Infectious Diseases, you’ll find a mix of obscure names and vaguely familiar ones — outbreaks that have received heavy media coverage or extensive attention in college science textbooks. But there’s one alarming disease that continues to pop up on the list, having appeared in Albertan herds of beef cattle just last Monday and rural districts within the country of Kyrgyzstan on April 15.

Anthrax, an infection caused by the bacteria Bacillus anthracis, gets an especially bad rap despite its incidences of infection being relatively common. The deadly disease we associate with anthrax today heavily derives from the bacteria’s recent weaponization. Its spores can survive anywhere and for long periods of time; in soil, they can remain viable for up to 48 years. On top of that, the bacteria is very difficult to destroy, and those looking to kill spores must turn to heat and chemicals instead of ineffective disinfectants. Anthrax’s incredible durability makes it an outstanding candidate for bioterrorism, a fear realized in the 2001 anthrax attacks. Also known by the FBI case name, Amerithrax, the attacks resulted in five deaths and 17 infections after anthrax spores were mailed to five U.S. news offices and two Democratic senators. It’s the bacteria’s role in bioterrorism that makes the odorless, invisible spores all the more terrifying; even the military perceives anthrax as the most dangerous source of bioweaponry. The bacteria can be collected in the form of powder, liquid or paste but are most dangerous in their weaponized form; as an aerosol, the spores can be inhaled deep into the lungs. Once the bacteria have made their way into the body, they become activated, multiplying and producing fatal doses of toxins.

Although attacks like these are rare and prompt very serious responses, the disease itself isn’t all that uncommon. While rare in the U.S., the rod-shaped bacteria are frequently detected in developing countries and exposure to spores doesn’t always lead to death. Anthrax is found naturally in soil and infects animals when they ingest or inhale the spores; humans can become infected when they come into contact with these contaminated soils or animals. Routine vaccination, however, can prevent animals from becoming infected, which can in turn protect humans from developing the illness. Consequently, the highest number of outbreaks occurs in countries lacking veterinary health programs to carry out these vaccinations, particularly in agricultural regions in Central and South America, central and southwest Asia, southern and eastern Europe, the Caribbean and sub-Saharan Africa.

The type of illness you can develop from anthrax depends on how it enters your body: skin contact, ingestion, inhalation and injection. Cutaneous anthrax occurs when the spores come in contact with the skin; it is the most common and least dangerous. Inhalation, however, is the most deadly form, and is consequently the manifestation favored in developing anthrax as a bioweapon. Though each form has a different set of symptoms, those of the more serious forms can resemble the flu: nausea and vomiting, fever and chills, and headaches.

Because of its deadly reputation following the attacks, anthrax gained significant scientific attention from those looking to understand its mechanism of infection. Here at UCSD, scientists focused on the body’s immune response to the bacterial infection by examining the key emergency signals it sends out when under attack. In the June 2011 issue of Immunity, UCSD scientists, in collaboration with researchers from the Skaggs School of Pharmacy and Pharmaceutical Sciences, published a study detailing these emergency responses. The first signal occurs as soon as a single cell is infected; that cell sends signals to immune cells, which continue to alert other cells. Next, the alarm molecule is adenosine triphosphate, or ATP, a common molecule used to transport energy in living organisms. The release of ATP from an infected cell prompts the construction of inflammasomes, which release immune activating molecules into the bloodstream. These molecules continue to alert cells, prompting them to build immunity to the invading bacteria.

Current treatments for anthrax are extensive, aggressive and must be administered early after diagnosis. Researchers are looking to improve treatment methods because the weaponization of anthrax continues to pose a very real threat. If altered to penetrate the lungs more efficiently, the already deadly disease could become even more dangerous and difficult to treat. But the unaltered source of the fine powder we’ve come to associate with terrorism occurs throughout the natural world, frequently infecting grazing herbivores which occasionally poses a risk to human lives. Yes, it’s a bacterial marvel in the sense that it’s incredibly durable, but the mention of anthrax may not always be the death sentence we’ve made it out to be. Pull up the latest case — April 21 — of anthrax on ProMED-mail and you’ll read about infected cattle in Argentina; the infectious, indestructible spores we know through media and government warnings may be terrifying, but their origins are fairly ordinary.