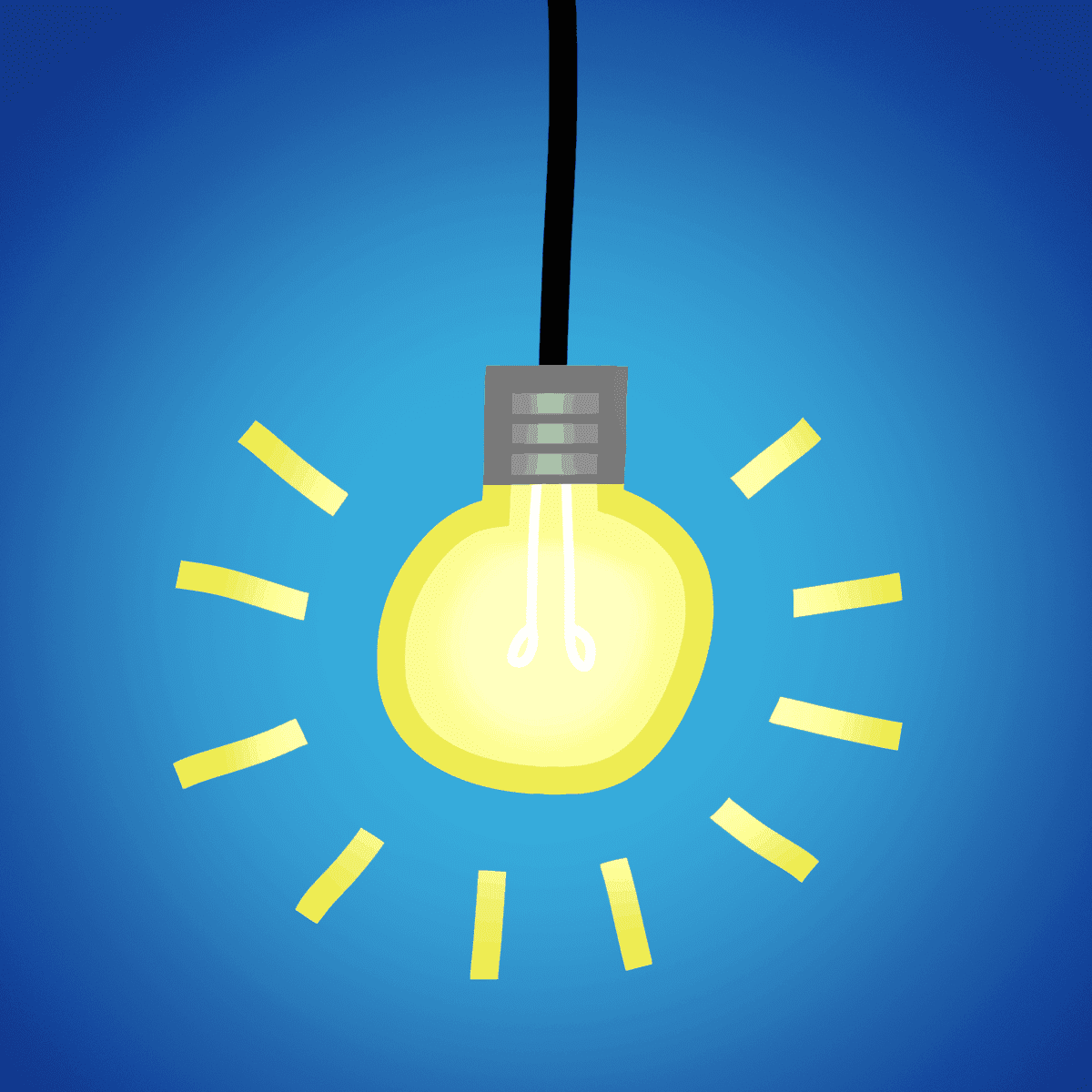 For some students, having a stable job after college isn’t enough. Rather than work for an established company, they prefer to forge their own path toward success. The UCSD Guardian spoke to some of these up and coming innovators to understand the entrepreneurial environment at UCSD.

Sunshades: an everyday car product that most of us don’t think twice about. Yet that’s what inspired ERC Senior Justin Sik Cho to create his own startup.

“I was walking through Muir parking lot one day and I saw a row of cars with the traditional manual sunshades that students were using, and I just thought ‘a lot of people aren’t using these sunshades to keep their cars cool,’ and I wondered why,” Cho told the UCSD Guardian. “So I talked to some of these people who weren’t using sunshades, even people who were using them, and asked if they had any issues with them. I found that using a manual, traditional sunshade was a lot of work, with the propping open and closing, and took a lot of time, especially if they were late for class or for work.”

Recognizing the opportunity this presented him, Cho went to work creating a solution. The result, which Cho and a team of three engineers are currently working on, is called Shaze, a sunshade meant to overcome the inconvenience of manual sunshades by deploying automatically at the flick of a switch.

Cho is not the only UCSD student trying to break out with an innovation; many other students are taking the entrepreneurial path as well, some creating physical products, while others find their calling in software instead. Marshall College junior Phillip Duong, for instance, found his niche in a social media app called Penguin, which he conceived as a result of a profound, personal experience.

“I actually suffered from depression last year and it was hard for me to talk to my friends about what I was going through,” Duong told the Guardian. “I needed to vent my problems or talk to someone who could relate to me.”

Unlike other social media apps such as Tinder and Snapchat, Penguin focuses specifically on bringing together people who are introverted or have a hard time reaching out to others. One of the aspects of the app that stands out is the lack of emphasis on profile pictures, a mainstay of social media. What it emphasizes instead is the sharing of ideas and personal experiences. Furthermore, all users remain anonymous unless they choose to reveal their identity to a specific person.

Duong and Cho, though motivated, needed more resources than they themselves could come up with if they were going to get their ideas off the ground, as do all entrepreneurs. This extra assistance came from The Basement, an on-campus organization dedicated to “incubating” new enterprises, providing them connections and mentorship; Alumni and Community Engagement, an organization that encourages alumni to contribute to the UCSD community, opened The Basement last February with the stated purpose of fostering innovation at UCSD and in accordance with Chancellor Khosla’s emphasis on entrepreneurship. The organization started on a strong note, attracting 200 “Seeker” students and 21 teams in its first quarter of operation.

To work with The Basement, prospective entrepreneurs fill out an application with their idea; if the administrators from ACE see potential in it, they approve it. Once approved, students can use The Basement’s working space, the basement of Mandeville Hall, to work on their projects. In addition, the organization offers seminars by mentors and guest speakers from a variety of professional backgrounds and who are experienced in the world of entrepreneurship.

“The Basement is pretty cool in that they provide all these opportunities for entrepreneurs like me to learn more about what it’s like to be an entrepreneur and what it takes to succeed,” Cho said.

Beyond mentoring and business acumen, entrepreneurs need financial backing to make their ideas grow. While The Basement provides advice and support for fundraising, students must raise funds on their own. To meet this need, the new generation of entrepreneurs is increasingly relying on online platforms to fund and promote their products. Perhaps the most prominent website for startups is Kickstarter, a crowdfunding website started in 2009. It was there that April Estrada, a Muir College alumna, helped her friend Dennis Caco launch The Undress in 2014. The Undress, a dress which allows women to discreetly change clothes in public, raised more than $615,000 to become the website’s most funded women’s fashion product.

“When I came onboard for The Undress it was initially to work on our first Kickstarter,” Estrada told the Guardian. “Through the process of us going through the Kickstarter, and before we launched the campaign, my friend Dennis asked if I would be interested in becoming a business partner. I didn’t know 100 percent what I was getting into but there was something inside of me that said ‘You should take this chance, there’s something in this that you’ll be able to grow from and learn from.’”

Though launching a startup entails several challenges, keeping it together after the launch can be equally troublesome. After financing the project, the next biggest hurdle is putting together a team that works well together; the relationship among team members is a critical factor that can make or break a fledgling enterprise.

“Before this startup, I tried about two other startups and our team eventually just fell apart because we weren’t compatible with each other,” Duong said. “I feel like your team is like you’re building a family together and your co-founders are pretty much your partners. You have to trust each other and work things out to move forward.”

Though the entrepreneurs emphasized the importance of campus resources, they did note that there is room for improvement. In particular, they noted the current, disorganized nature of The Basement.

“I know some people who work at The Basement, and everything at The Basement now is unorganized, and there’s not a lot of good mentorship going on,” Duong said. “I feel like currently, entrepreneurship at UCSD is kind of in limbo, and everyone’s on their own.”

“Since it is a new program, there are a lot of things that are lacking about it — one being that it is a working space but there are no computers provided for us or any materials provided for us that a typical entrepreneur might need to work on his or her project,” Cho added. “So basically The Basement provides an empty space for students to work but the lack of resources they have actually in The Basement kind of makes it so that students aren’t willing to actually go and work there.”

Nevertheless, the entrepreneurs were quick to note that there are many helpful resources on campus beyond The Basement. For instance, Cho’s team of engineers made use of Geisel Library’s Digital Media Lab to build prototypes.

“Before the invention of 3-D printers, we would have to get the raw materials ourselves and make it out of wood or plastic or whatever we needed,” Cho said. “At the Digital Media Lab they allow students to use the 3-D printers for free, and they give you all the materials you need. They even have mentors there to tell you whether everything is working right or not.”

Furthermore, they noted that hands-on classes at UCSD were instrumental in teaching them the fundamentals of founding a startup. Estrada found that the courses she took during her time at UCSD taught her many skills that would help her manage The Undress.

“The great thing about the curriculum is that a lot of our assignments were project-based and particularly [involved] working with teams,” Estrada said. “That was a huge help in learning how to work with people and communicating, especially when it came to having very short deadlines, being able to be flexible and consider everyone around you and what their role can be in achieving your goal.”

Cho added that his courses at UCSD were what made him first consider being an entrepreneur, mentioning Professor Nathan Delson from the Jacobs School of Engineering as a particularly significant influence.

“When I came to UC San Diego I didn’t have any thoughts about being an entrepreneur, but taking a lot of these engineering courses inspired me,” Cho said. “Dr. Delson is one of the professors who really pushed for entrepreneurship, and [after] taking one of his classes I was really inspired to try to go out there and create something myself — not just having to work for a traditional company, but just doing something for myself – what I love to do.”

Ultimately, the entrepreneurs stressed that their environment has been crucial to their growth as innovators.

“The best thing is to surround yourself with successful people,” Estrada said. “That helps encourage you to take more risks and be willing to put yourself out there and really learn what it takes to be successful from people who’ve been there. They can give you advice for how to achieve your goals, what kind of things to avoid and help inspire you to follow your own dreams and your own goals, for yourself and for your business.”