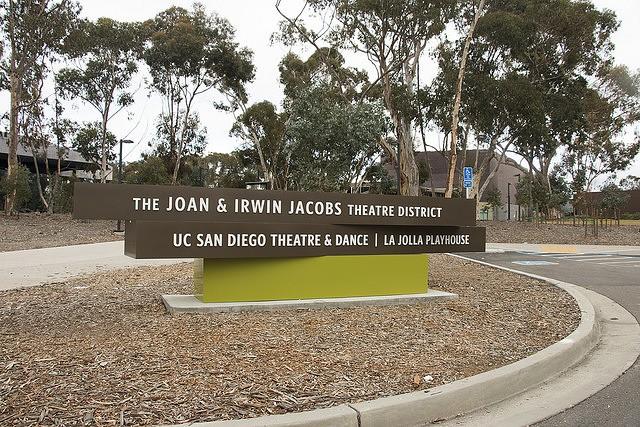 UCSD’s partnership with the La Jolla Playhouse has made for a thriving arts community when juxtaposed with the university’s STEM-dominated campus.  Associate Artistic Director Jaime Castaneda offers his perspective on the importance of expression at academic institutions.

When many people think about UCSD, they imagine a campus sprawling with technological, medical and engineering genius; a rational place, which draws on logic and formulae to conceptualize a better future for mankind. These people are not wrong to think this. Actually, their presumption hits the nail squarely on the head in regard to the talent found within the six colleges of our university, but what they often seem to forget is that, on the opposite side of the academic spectrum, the university facilitates an equivalent amount of brilliance in the study of the arts.

Aside from other vitally important arts and humanities programs like history, literature, music, philosophy and visual arts, the theatre and dance program at UCSD has grown to be one of the most immersive educational experiences on campus. Consistently ranked among the top theatre training programs in the country, the department of theatre and dance offers degrees in acting, dance, directing and playwriting, to name just a few. And while the world-renowned faculty contributes significantly to the allure of this comprehensive program, the university’s close relationship with the award-winning La Jolla Playhouse offers theatre and dance students a rare opportunity to practice alongside working professionals.

The history of UCSD’s partnership with the La Jolla Playhouse dates back to the university’s inception in 1960, when the university integrated the already established Playhouse into the theatre and dance program. Since then, the Playhouse has fashioned an impressive repertoire which includes 44 world premieres, 24 west coast premieres, seven American premieres and over 300 honors, including the 1993 Tony Award for America’s Outstanding Regional Theatre. The relationship between the La Jolla Playhouse and UCSD is best described as symbiotic, with the Playhouse providing the university with extraordinary artists, innovative productions and creative leadership, and the department of theatre and dance reciprocating with the idealism and energy of eager students. Despite being financially independent institutions, UCSD and the La Jolla Playhouse have figured out how to make their relationship mutually beneficial one for everyone involved.

Jaime Castaneda, the associate artistic director of the Playhouse and director of the venue’s latest play, “Guards at the Taj” by Rajiv Joseph, was one of these eager-to-learn theatre students only a short time ago. His love for the arts started with cinema, but after enrolling in a high school acting class under the guidance of an inspirational teacher, he redirected his interest toward the stage. After college, Castaneda obtained an M.F.A. in directing from the University of Texas, Austin and was soon climbing the rungs of showbusiness. He was the founding artistic director of FireStarter Productions in Texas and travelled with the American Theatre Company in Chicago as an ensemble member by the age of 28, prior to being hand picked by the Playhouse in December 2014. In addition, he worked for five years as artistic associate at the Atlantic Theatre Company in New York City. Due to Castaneda’s artistic experiences as a young, malleable arts student and his eventual evolution into the accomplished creator he is today, the youthful director has gained a strong understanding of the importance of letting students in on the excitement of theatre work.

“We have theatre and dance students working with us all season long at the Playhouse, and I would love to continue to get them involved,” Castaneda told the UCSD Guardian. “We want to keep our doors open to students. Connecting with the next generation is vital to keeping [theatre] work urgent.”

While Castaneda’s faith in the creative potential of Generation X may be unfaltering, millennials seem to have hard time reciprocating when it comes to finding expressive value in theatre. Young people are more accustomed with screens today than ever before, a fact which foreseeably contributes to their inclination to see a movie rather than a play.  A study conducted by Market Research Insight in 2014  showed  that adults ages 21 or older are almost three times more likely to go to the movies rather than a bar or nightclub more than once a month; and it isn’t a stretch to presume that the average 21-year-old is more likely go to a bar on a monthly basis than a theatre production. What’s more, the average age of the theatregoer is 44, with almost 80 percent of all tickets purchased largely by affluent whites,  according to The Broadway League. For these reasons alone, it becomes easier to see why young people may be put off by the theatre sphere — they don’t seem to fit in.

But Castaneda is unconventional in every sense of the word when it comes to averages and stereotypes. His relative youth reflects fresh ideals and new perspectives, while his Mexican-American heritage makes him an important representative of minority groups within the showbusiness industry. Together these traits affect his artistic style in progressive ways, effectively provoking a new brand of theatre. The Texas native strives to make sure that each and every one of his productions are wrung to extract every drop of youth, relevance and vibrance from their plotlines.

“‘Guards at the Taj’ is a great example of a piece of theatre that is youthful in creation and tone,” Castaneda explained. “The language is contemporary and, although the play is set in India in 1648, the play tackles questions from today with humor and dark wit.”

The play, premiering Feb. 2 and running until Feb. 28, is a dark comedy and follows two hapless guards, Manu Narayan and Babak Tafti, as they protect the newly constructed Taj Mahal. While carrying out their responsibility of guarding the emblematic Taj Mahal, the men are swept up in an existential crisis that shakes their faith in God, revealing to them the beauty, carnage and injustice surrounding one of the most iconic edifices in the world.

As director, Castaneda’s job is to arrange the various elements of the play — music, actors, props and more — in a way that allows him to tell a clear, compelling story. With the Playhouse’s state-of-the-art staff at his disposal, his duties are, in many ways, comparable to that of the conductor of an orchestra. The way in which he organizes his “talent” will either make or break the production.

His careful attention to a story’s capacity to stir the audience seems to reveal that Castaneda is aware of the fact that every work of art, no matter the medium, can be boiled down to the effect it has on the observer.

At the La Jolla Playhouse, students of UCSD’s theatre and dance program are invited to share their stories through whichever medium they choose, and under the guidance of Castaneda, the rest of the Playhouse staff are instructed on how to do this to the best of their ability. Drawing on his formal education and the lessons he learned as a student, the director has discovered a formula for inspiring greatness both on and off the stage.

And at places like UCSD, where people come from all over the globe to further their education, there is a natural concentration of stories within a relatively small space. Thus, although many correctly envision our campus as a STEM mecca, it would do academia well to broaden its point of view to recognize the understated artistic community that thrives at UCSD.