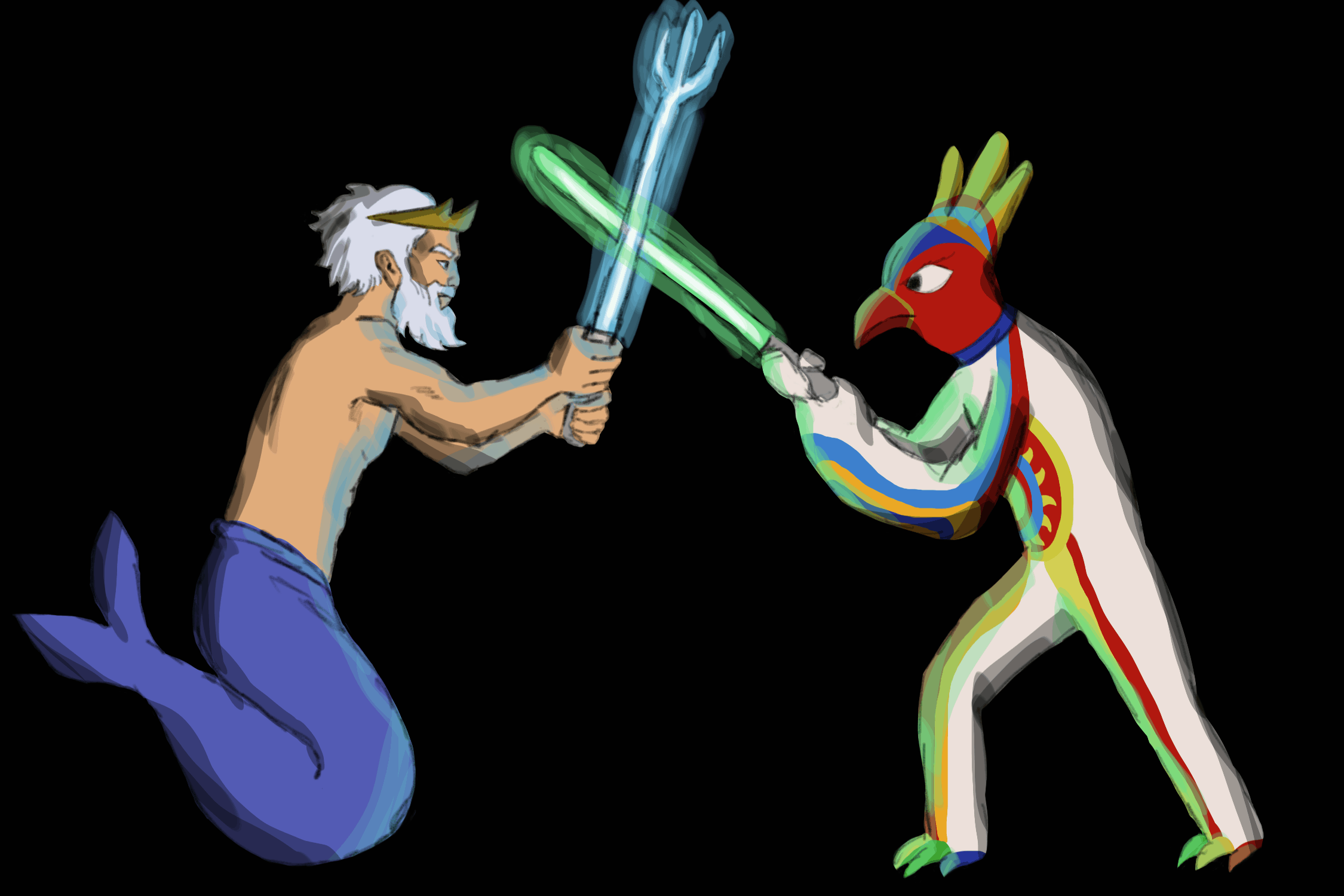 With last month’s release of “Star Wars: The Force Awakens,” the seventh installment of the seminal sci-fi film saga, the time has come again to be dazzled by a galaxy far, far away. The blockbuster surpassed the $800 million mark at the international box office this Wednesday as it continues to attract a wide demographic of movie-goers, including fanatics, casual enthusiasts and Star Wars first-timers. Both the numbers and the tremendous public show of support for the film seem to indicate that one motif of the movie series remains efficacious in bringing viewers back for more: the science — and technology — of Star Wars.

Since the release of “Star Wars: A New Hope” (1977), many of the incredible instruments and inventions imagined by George Lucas and his team of sci-fi savvy writers have become tangible realities. Elon Musk’s company, SpaceX, is one of many examples that exhibit the technological progress the globe has seen since Star Wars’ worldwide debut; its Falcon 9 rocket, which travelled to inner space to distribute its payload of satellites last month, successfully landing using stabilizing grid fins. The X-wing configuration of Falcon 9’s fins, which allowed for the rocket’s safe return and eventual reuse, was surprisingly inspired by X-wing Starfighters.

Advancements like these raise the question of whether science and technology subconsciously aim to recreate the imaginative ideas depicted in pop culture books, films and television, or if sci-fi writers and directors are simply phenomenally insightful when it comes to predicting the trajectory of progress. Either way, for as long as science exists, so too will the genre of science fiction, and the relationship between these two entities will continue to be progressively fruitful. After all, if not for Jules Verne’s “Twenty Thousand Leagues Under The Sea” the modern submarine may not exist as it does today.

Star Wars is responsible for the creation of many quirky technological objects, but objects that will doubtlessly be as important as Verne’s Nautilussubmarine. Professor Boubacar Kante, whose multidisciplinary research interests include wave-matter interaction, nanophotonics and biophysics, provided the UCSD Guardian with insight into some of Lucas’s ideas that are developed in real life. We started on the subject of the laser cannon.

“The Navy owns a laser cannon,” Kante explained. “It is simply a high-power laser being directed at a target where a lot of heat is generated, basically burning the target.”

One of these laser-weapon systems is installed on the U.S.S. Ponce and functions by emitting an invisible laser beam at aerial threats, destroying them with intense heat. But if you’re expecting to level a stormtrooper with your blaster anytime soon, think again, Han Solo.

And sadly, the lightsaber, the prestigious lightsaber, is an impossible weapon to build at this point in time. Despite years of scientific research and practice, there is still no way to feasibly think about a functioning lightsaber. Our current understanding of physics dictates that once light is emitted from a lightsaber, it would not stop or bend back into the handle. Essentially, the only lightsaber that can be fathomed in this era of science and technology would be infinitely long, destroying everything in its path.

“Lasers that can do this much damage certainly won’t be handheld, with the notable exception of a laser-pointer directed at someone’s eye,” Kante said.

One of the more feasible ideas Kante spoke of, however, was that of Luke’s fabled X-34 Landspeeder, one of the first anti-gravity vehicles to appear in Star Wars. He referred to a motorcycle-like hovercraft built by Aerofex, an aerospace engineering corporation based in Los Angeles, which, as of now, “requires a lot of power, hence [it has] a short flight time.”

Another alternative proposed by Kante in regard to the x-34 Landspeeder was that of magnetic levitation technology, alluding to electromagnetic suspension technology that allows bullet trains around the world to float inches above their tracks without any contact resistance. While not as complex, nor as directionally free, as Luke’s anti-gravity Landspeeder, an innovation such as magnetic levitation shares clear similarities with technology depicted in Star Wars films.

Science may not yet be able to decode the fictitious way objects Imperial Walkers and lightsabers might function, but God knows they’re trying. Boston Dynamics, the east coast robotics design company, has created what they call BigDogs — four-legged robotic crawlers which look similar to Walkers — but these robots amount only to the size of a small horse.

Perhaps the most famous robotic invention of the Star Wars saga is the personal droid, fully equipped with the sass and intuition we’ve come to know and love in R2-D2, C-3P0 and BB-8. The idea of having a loyal, robotic companion had captivated the human mind even before the debut of the first Star Wars film, but seeing the playful temperaments of droids depicted by Lucas, and now, J.J. Abrams, our want for a droid of our own has become an insatiable craving.

Professor Nate Delson, director of UCSD’s mechanical engineering design center, who led a team named Star Force to victory in The Engineers Awaken, the Fall robotics competition, has a good idea of how the robotics of Star Wars can or can’t be applied to the real world. During our conversation, Delson described that constructing a fully functional BB-8 involves overcoming key technological challenges.

The engineering professor and robotics specialist isn’t concerned with those miniature BB-8’s that can be bought at Toys ‘R Us and are operated with a smartphone. He is concerned with the working physics of how a droid like BB-8 could function as a useful robotic assistant.

“The rolling droid BB-8 can indeed be built,” Delson told the UCSD Guardian. “The biggest challenge would be creating torque that would rotate the ball.”

Fully aware of the uselessness of a droid that can only travel on a flat surface, Delson sought to answer the technical question of how BB-8 could be fully functional, ably carrying out the duties the rebel alliance might require.

“We know from a unicycle or a segway that a device with a single wheel can be self propelled. However, Newton’s equations of motion require that every force or torque has an equal and opposite reaction,” Delson explained, speaking technically. “For a bicycle or car the main body of the vehicle provides a mass against which a reaction torque can be applied to rotate the wheels. However, for a self propelled rotating ball, the reaction mass must be located inside the ball.”

“The challenge would be to generate torques large enough to go up a hill or get out of a ditch,” Delson concluded.

Kante and Delson both agree that the science and technology portrayed in Star Wars — and the sci-fi genre in general — is too far-fetched to say anything for sure. With that being said, neither of these intellectuals are rookies at speculating based on logic, reason and knowledge, allowing them to make astoundingly insightful judgments on the sci-fi creations of pop culture. Like other science fiction fans, both professors admire the genre for its ability to open the mind to fantastic possibilities, perhaps inspiring the next big innovation.

“[Science fiction] inspires everyday people to improve the world around them,” Kante explained, “from reducing our carbon footprint to using science to solve our everyday problems.”