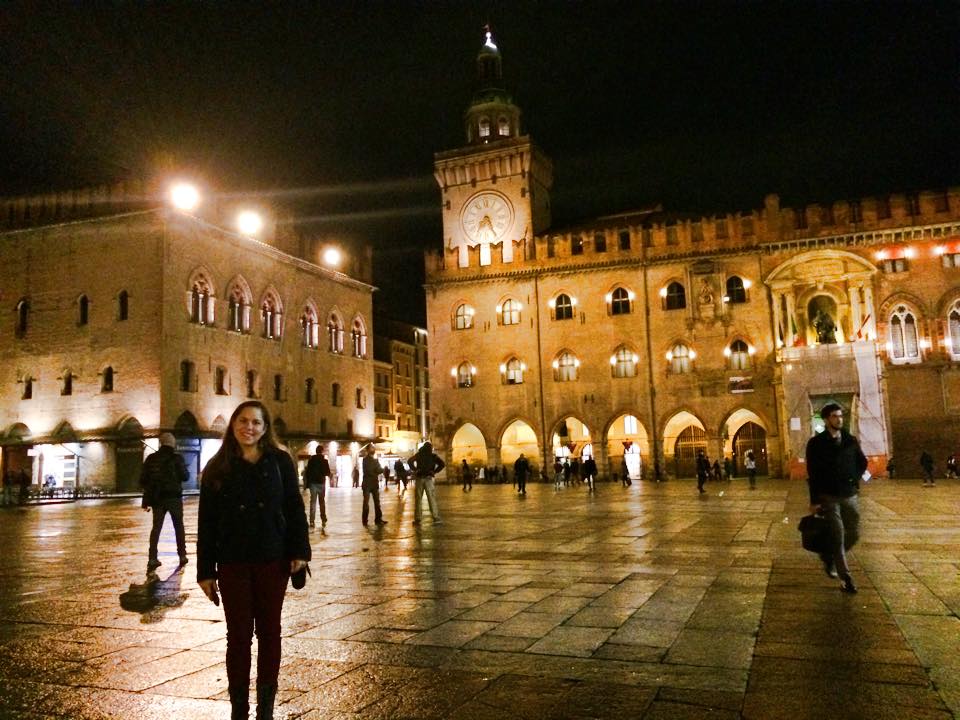 Around this time a year ago, I was sitting around my kitchen table in Bologna, Italy with Lily and Rebecca — my two favorite travel buddies — drinking wine and eating fresh baguettes with mozzarella, our weekday tradition. Crowding around my laptop, we perused the infamous economic airline website Ryanair for cheap flights to just about anywhere, where we found a 20 euro flight to Ibiza, Spain. Having returned together from Paris and Berlin, among other European cities, we were on a classifiable travel high. So without hesitation, we booked the flight right then and there.

That was my life last year: an incredible mix of purchasing spontaneous flight tickets, getting lost and learning to navigate foreign cities, all the while meeting an unforgettable cast of characters along the way. In case you are new to my column, “Vino & Visas,” from last year and are wondering why or how my kitchen table was in Bologna, Italy, it’s because I lived there, immersed in the UCEAP year-long study abroad program. Throughout the year, I took an array of classes ranging from an analysis of Dante Alighieri’s “The Divine Comedy” to a mosaics art studio class at the University of Bologna, the oldest university in Europe. Looking to gain international work experience, I chose to do two internships: the first being with the city of Bologna’s youth website, translating and writing articles, followed by the work alongside the Human Rights Night Film Festival, which takes place in Bologna every year. Additionally, I had the pleasure of babysitting and teaching English to adorable Italian children, allowing me to go beyond a typical college student experience and observe Italian family life on a very intimate level.

Besides attending university, interning and working, I spent a great portion of my time really exploring and gaining an understanding of Bologna. Because of its unique qualities, this city is extremely difficult to characterize. Its culture is marked by a bunch of non-traditional, progressive Berkeley tropes — I’m talking drum circles, hippie wannabes, intellectuals with dreads, you name it — all masked in a medieval city with a gastronomic tradition that runs centuries deep. Its vivacity is best seen at night, when the piazzas are filled with students congregated around a guitar player or having a heated political debate while chain-smoking cigarettes and swigging from their 2-euro beers.

Apart from really getting to know Bologna, the best part of my year abroad was that I grew in unprecedented ways. Through actively participating in every aspect of life, seizing every moment and opportunity possible, I was able to fully immerse myself in a new culture, language and lifestyle. I accomplished my goal of becoming fluent in Italian and being able to live my life like a local in a foreign city that now feels like home.
Taking the initiative to go somewhere new and challenging yourself to adapt to a foreign way of life is something that I believe is so essential to supplement a higher-learning experience. Going abroad is really unique, in that you get to live somewhere new and meet people from all over the world while you’re still in college. I feel so lucky to have had such an enriching and life-changing year during my college career. Now I work in the study abroad office and get to see UCSD students excited about all the places in the world they can go. Although I am sad my study abroad experience is over, I have to say that seeing people enthusiastic about their future abroad plans feels like the perfect culminating step to conclude my college career.

So, to my dear readers who are even entertaining the idea of going abroad, please take the time to go to Study Abroad Expo on Wednesday, Oct. 21 at Price Center Ballroom West from 11 a.m. to 3 p.m. and see for yourselves all the places in the world you can explore. You’ll find me there, scoping out pamphlets for future destinations.