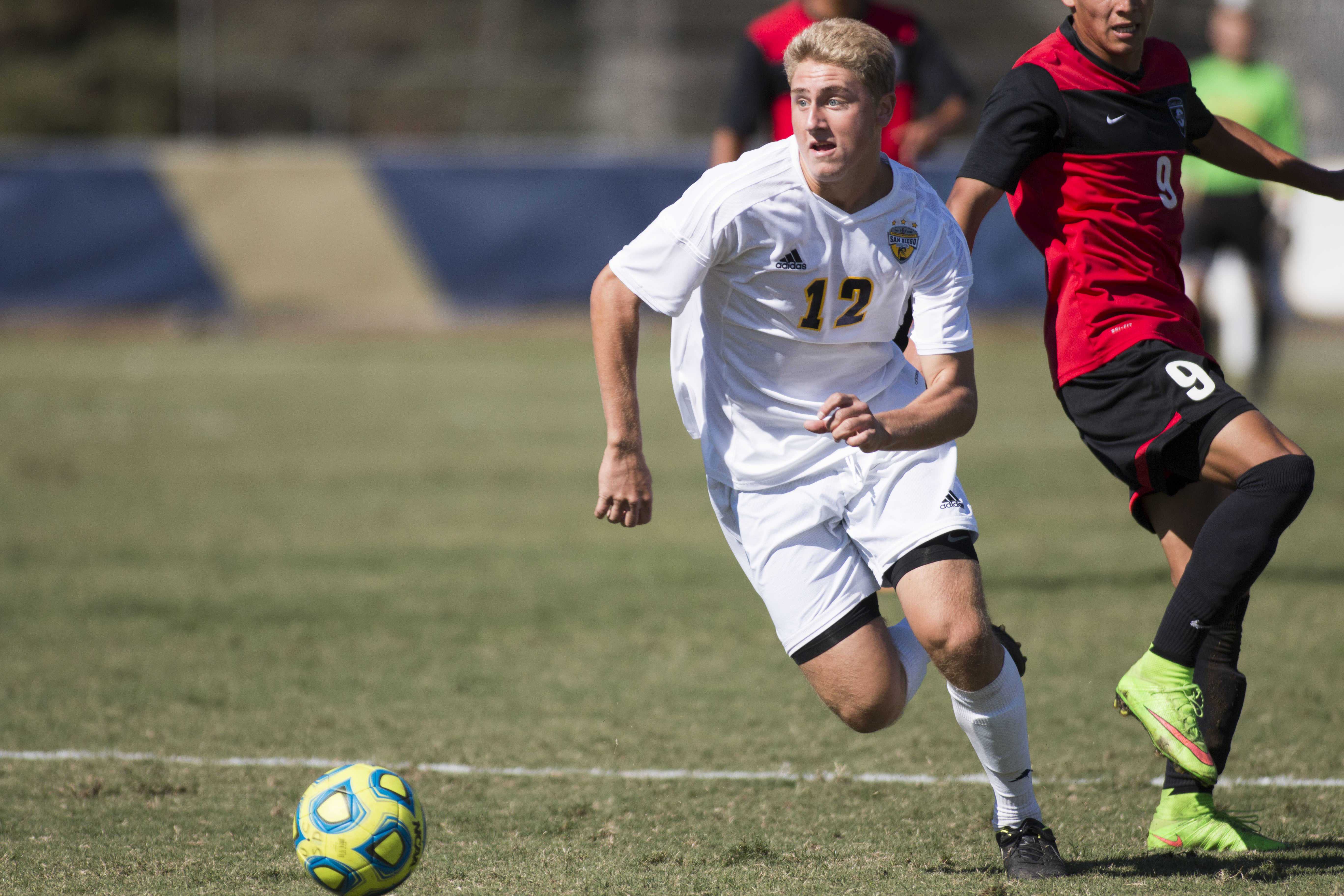 After a hesitant start to the new season, the Tritons look to build upon last week’s first two games of California Collegiate Athletic Association action and surge toward the top of the table. UCSD beat Cal Poly Pomona 1–0 to open its CCAA schedule but was held scoreless through double overtime as it drew 0–0 against Cal State San Bernardino. UCSD now holds a 2–2–3 overall record and is 1–0–1 in the CCAA.

On September 18, UCSD edged out a 1–0 win against rival Cal Poly Pomona at Triton Stadium. With the score at a deadlock 0–0 after 58 minutes of play, sophomore forward Uly de la Cal surged on the left side after a pass by junior midfielder Riley Harbour to put one past the Pomona goalie and take a decisive 1–0 lead that would hold until the end of the game. It was Cal Poly Pomona’s first defeat of the season and de la Cal’s first collegiate game winner.

“It’s great, I’m having fun, I’m glad to help the team out,” de la Cal told the UCSD Athletics Department. “I had a good amount of minutes last year to prepare myself for this, [and] I had time to really build some confidence to play well.”

UCSD was back in business on Sunday night against Cal State San Bernardino. Redshirt junior goalie Cameron McElfresh earned his third clean sheet of the season as the Tritons drew 0–0 with the visiting team. Despite outshooting San Bernardino 11 to 8, UCSD could not force the decision in double overtime and had to settle for the draw.

“We saw two very talented teams,” UCSD Head Coach Jon Pascale told the UCSD Athletics Department. “I thought our guys did a great job going toe to toe with them and limiting their opportunities. You go into the overtimes, and the mentality is don’t give up and don’t do something stupid. The work rate is here and it is really all you could ask of your team.”

Junior forward Malek Bashti and sophomore midfielder Sean Pleskow, last year’s returning two Triton leading scorers, are still out with injuries and haven’t appeared in any of UCSD’s contests this season, with the offense struggling to create goals without them.

Even with their absence, UCSD is off to a good start in CCAA play and will continue a season-high four-match homestand when they host CCAA foes Cal State East Bay on Friday, Sept. 25, at 4:30 p.m. and Cal State Stanislaus on Sunday, Sept. 27, at 11:30 a.m.