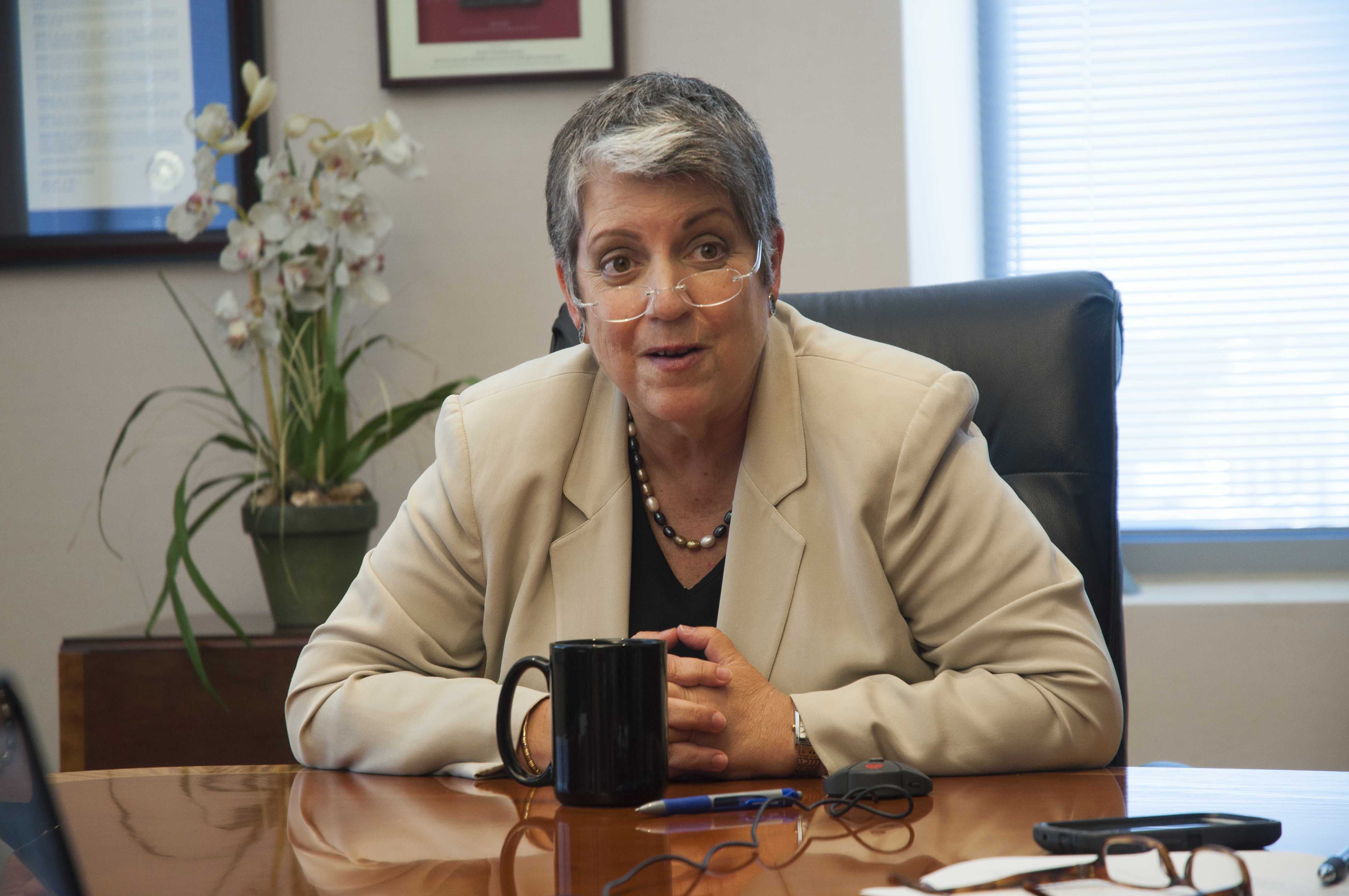 The UC Board of Regents will consider a plan at their meeting this November to raise tuition by 5 percent over the next five years.

The University of California and state of California have taken different stances in the past several years on how money should be spent by the UC system. Due to these differences, the state has decreased UC funding by one-third of its previous amount, and, in early September, Governor Jerry Brown vetoed $50 million that was to go to deferred maintenance to the UC system.

In a Nov. 6 teleconference with reporters, University of California President Janet Napolitano explained to the UCSD Guardian and other news sources that in order to have the ability to maintain student aid, increase in-state enrollment and invest in quality research and education, the five-year plan will most likely be necessary.

“The state has provided 1.7-[percent] increases to our core budget in the past few years, which doesn’t keep up with uprising costs,” Napolitano said. “If [the state] continues [to fund] at that level, then we’ll look at a 5-percent increase for the next school year, but if the state chooses to put in more [money], then they can buy down that increase.”

If the plan passes, then tuition and fees will increase annually by up to 5 percent. Tuition for the 2015–16 academic year would increase by $612, for a total of $12,804 over the span of the entire year — not including room and board. If the state does not increase funding for the entire span of the five-year plan, then tuition will be around $15,000 by the 2019–20 academic year. A press release that was sent to the Guardian from the Office of the President explained the logistics of the plan, which will allow the university to enroll at least 5,000 more California students over the span of the five years. It will also allow the current financial aid program to continue, improve the student-faculty ratio and boost graduation rates by decreasing the time it takes to receive a degree.

When asked during a Nov. 6 conference with reporters whether the tuition increase will make it harder to recruit students, UC Executive Vice President-Chief Financial Officer Nathan Brostrom explained that the UC system’s run counters the national trend, which has been increasing costs in higher education.
“In the three years where we have frozen tuition, we kept it flat,” Brostrom said. “We’re talking about a $600 increase that would only be paid by 30 percent of our students. We’re at an amazing value for California and its students, so I don’t think we’d lose demand.”

Questions regarding money that was to be allocated from Brown’s Proposition 30 that passed in 2012, which increased sales tax rates on all taxpayers and was expected to provide the UC system with funding were brought up during Napolitano’s teleconference as well.

“There hasn’t been the kind of Prop. 30 distribution revenues that was expected to the university,” Napolitano said. “We get an eye drop of the Prop. 30 money, and if there was a thought that Prop. 30 would suffice to maintain the values and requests of the University of Californians, that hasn’t proven to be the case.”

The University of California Student Association released a press release on Nov. 6 stating its disapproval of the tuition increase for reasons such as a lack of stability that the plan provides, that students are being held hostage for the future of their education and the lack of communication between UCOP and the students of UCSA.

“Instead of using students as political pawns, the UC and Regents should consider partnering with students on a meaningful level to advocate to the state for more funding,” UCSA leaders said in the release. “The UCSA Board of Directors will continue discussion around the proposed tuition plan to unite and mobilize students across the state to advocate for an accessible, affordable and quality UC education.”

When asked if there is potential for a rollback on tuition, Napolitano stated that it is unlikely, unless the state increases its contributions.