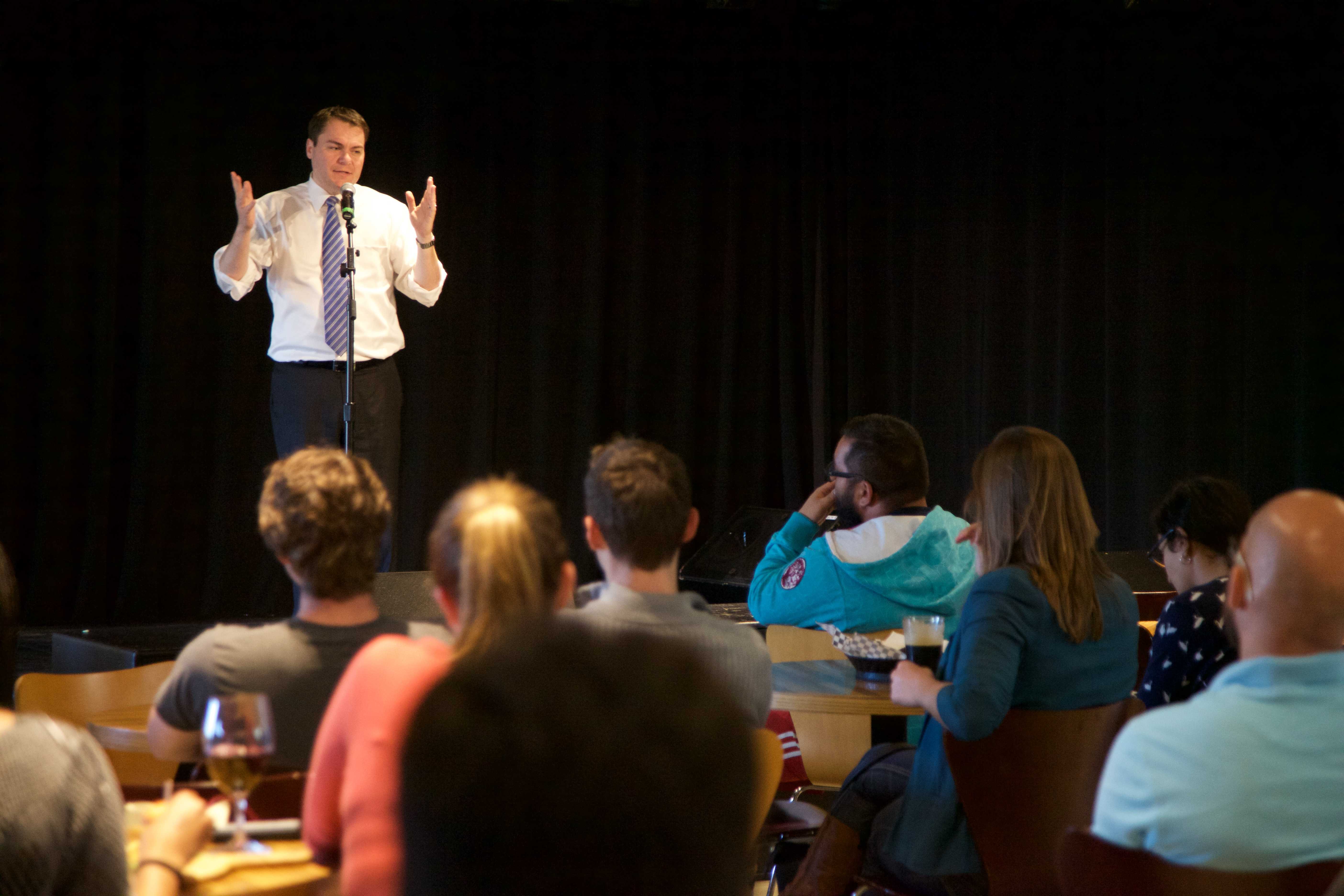 Congressional candidate Carl DeMaio gave a speech and took questions from students at an event cohosted by the Graduate Student Associate and the Student Organized Voter Access Committee.

DeMaio briefly spoke of his background as a businessman and his experience on the San Diego City Council before answering questions from attendees.

In response to a question on student loans and tuition, DeMaio outlined a plan to allow students who start their own businesses to reduce their monthly repayment for their first year in operation.

DeMaio also praised the exchange system founded under the Affordable Care Act, suggesting it could be further utilized to allow individuals to negotiate their healthcare plans.

The general election will be held on November 4th, with DeMaio facing the Democratic incumbent, Congressman Scott Peters.