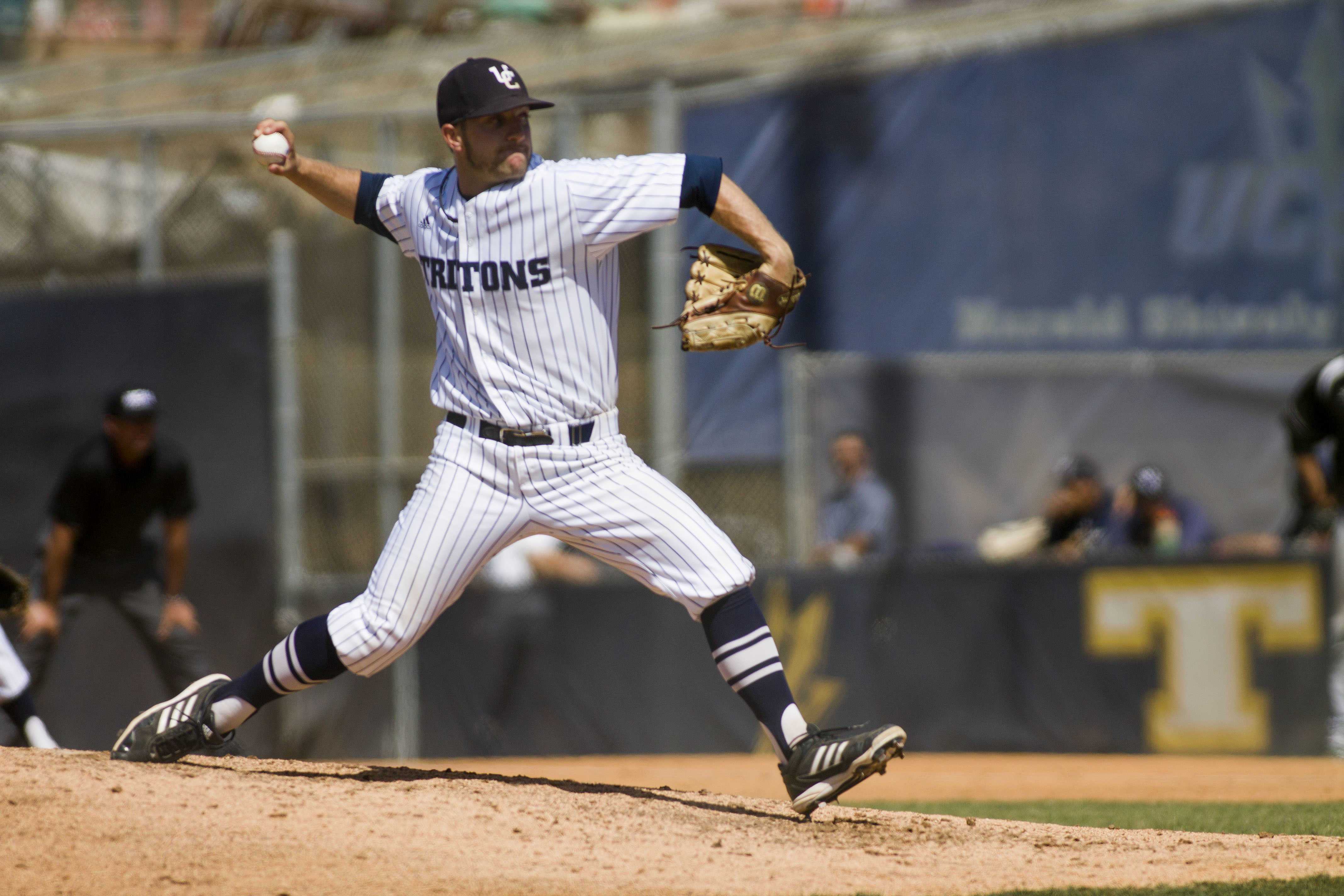 The No. 15 Tritons hosted the NCAA West Regionals this past Thursday through Sunday as the top seed but fell 3–1 in the title game against No. 9 Chico State.

The No. 15, number one seed UCSD baseball team hosted the 2014 NCAA Division II West Regionals this past Thursday, May 15 through Sunday, May 18 at Triton Ballpark but lost in the championship match to second-seeded Chico State Wildcats. After going 3–2 in the tournament, the Tritons conclude their season with a 38–16 overall record.

UCSD won the West Region opener against Sonoma State 3–0 off of a clutch, 7.1-inning performance from junior southpaw Trevor Scott, who threw a season-high seven strikeouts.

“This was definitely my best performance as a Triton,” Scott said during the postgame press conference. “I was just trying to get us into the second round, set the tone for the tournament and make the best pitches I could.”

Redshirt freshman rightfielder Brandon Shirley batted in two of the Triton’s runs in the seventh on a first-pitch triple. An inning later, junior infielder Erik Lewis contributed the only other run to seal the game.

Game two against California State Polytechnic University Pomona saw senior outfielder Justin Rahn produce his best offensive outing in an already impressive year. Rahn managed a whopping eight runs batted in and two home runs in five plate appearances to boost the Tritons to a 20–5 victory. The 20 total runs on 22 hits marked season highs on both counts with every Triton starter scoring at least once. Fellow seniors shortstop Garrett Tuck and catcher Nick La Face also had standout days at the plate, tallying seven RBI altogether while junior first baseman/outfielder Michael Mann went a perfect 5-for-5. Sophomore infielder/right-handed pitcher Troy Cruz made his 13th start on the hill for the Tritons and took the winning decision after five frames.

“Last night I kind of struggled with nerves, but today I decided to just put a good swing on it and do what I could,” Rahn told the UCSD Athletics Department. “When everyone buys into the game plan like we saw today, we’re a force to be reckoned with.”

On Saturday, the Tritons fell to Chico State 6–5 in their first loss of the tournament. The Wildcats took the first lead of the game with a three-run third inning before UCSD stole the advantage with three runs in the fourth and two runs in the sixth. However, in the bottom of the seventh, Chico plated a trio of runs to reclaim the lead. The 6–5 edge ultimately proved enough as the Wildcats automatically advanced to Sunday’s championship contest.

UCSD took on No. 16 California Baptist University in the nightcap to determine who would join Chico for the title game. The Tritons came in the clutch, easily beating CBU 14–5 to move on to a Sunday rematch against the Wildcats. Junior right-handed pitcher Dan Kolodin earned the win and allowed six hits in six innings.

UCSD entered Sunday afternoon’s contest against Chico with one loss in the double-elimination tournament. The Tritons would have to beat the lossless Wildcats in back-to-back games on Sunday in order to win Regionals and advance to the NCAA Division II Championship.

However, Chico only needed the one game to end the tournament, as UCSD was eliminated 3–1 on Sunday in a nerve-racking, low-scoring affair that stretched for over three hours. With the game tied at one apiece going into the seventh, UCSD fell victim to a major infield error that ultimately allowed Chico to take a 3–1 lead. UCSD willed itself out of several tough situations in the final innings, only to have its last runner thrown out at first in the bottom of the ninth frame to conclude an incredible 2014 season.

“I thought our guys gutted it up, big time,” UCSD head coach Eric Newman said. “We had a plan and we stuck to it and got some pretty heroic efforts out there. We had a lot of opportunities that we just weren’t able to come up with the two-out hit.”

“It’s been an extraordinary experience,” La Face said. “I’ve been so blessed and fortunate to be around such a great coaching staff that did a phenomenal job of preparing us.”

Despite the disappointing end, the Tritons expressed pride in a strong 2014 campaign full of big moments.

“The very first day, I challenged them to outwork each other, to be a team, and they did,” Newman said. “I have to credit Nick [La Face] and the seniors for their leadership because they were phenomenal. We learned a lot about each other, and the respect and pride I have for this group, there are probably no words I could use to express that.”