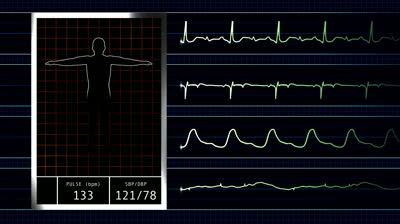 The system, implanted under the skin, shocks the heart when it beats irregularly.

Three weeks ago, the UCSD Sulpizio Cardiovascular Center implanted an innovative cardiac device that monitors cardiac activity under a patient’s skin and prevents sudden cardiac arrest without requiring any heart operations. SCVC is an academic-based facility offering cardiovascular services under the UCSD Health System and is the first in the San Diego region to perform such a procedure.

A 28-year-old patient, identified as “Amanda” due to patient confidentiality, was diagnosed with peripartum cardiomyopathy, a rare disorder in which women develop heart disease before or after childbirth, resulting in heart failure. UCSD Health System Director of Cardiac Transplant and Mechanical Circulatory Support Eric Adler assessed the situation and administered the appropriate therapy.

“When Amanda first arrived, she was in critical condition,” Adler said. “It became clear within 24 hours that she needed emergency surgery or she would not survive.” UCSD Health System cardiothoracic surgeon Victor Pretorius implanted a left-ventricular assistance device that helps pump oxygen-rich blood throughout Amanda’s body to restore blood circulation and to keep her heart functioning. This procedure took four to six hours, longer compared to other procedures due to its level of complexity.

A few days later, Amanda received the Boston Scientific Subcutaneous Implantable Cardioverter Defibrillator System that monitors her cardiac activity and, if it goes into a dangerous rhythm, shocks the heart. This device was implanted under her skin and is commonly given to patients in case of sudden cardiac arrest.

UCSD Health System Director of Pacemaker and ICD Service Ulrika Birgersdotter-Green implanted the S-ICD system under Amanda’s skin and explained the significance of this device.

“The S-ICD has fewer long-term complications,” Birgersdotter-Green said. The S-ICD allows for “an easier removal process and puts the patient at less risk for infection.”

As the first patient at the UCSD Health System to receive the S-ICD implant, Amanda is being monitored closely. Currently, she is doing well, and her heart is functioning normally. In case her situation exacerbates, she will also be placed on the heart transplant list.