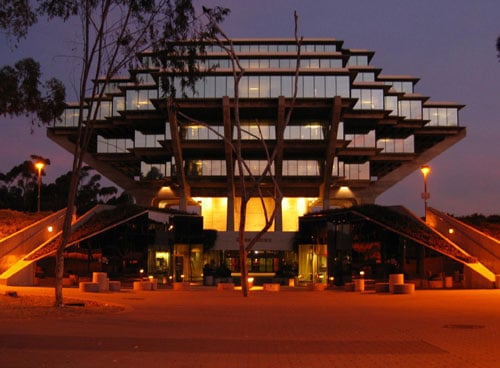 I got my taste of fame at last night’s Council meeting from Chairman of College Republicans Austin Peters. He turned around to me, knew my name and thanked me for writing my column. I have a reader!

He came to announce that the College Republicans support Arizona Governor Jan Brewer’s veto of Arizona SB 1062. He further explained that he is the only white male to be a part of College Republicans’ executive board and that, “I do not want to privatize the university, I am not an imperialist and I’d love to have open conversation about how to make this university a great place.”

Kyle Heiskala then presented on behalf of ASUCSD Moves and said that the transportation referendum language just needs to pass through the Chancellor and Vice Chancellor of Resource Management and Planning.

Social Sciences Senator Colin King decided to put a project to create an infographic on how to add a major or minor on hold. Faculty support is required to start the process, and faculty knows the steps that would be included on the infographic and thus advised King to halt the project.

Another project he introduced was changes to Campus ID cards including a new background picture and emergency contact information on the back.

VP Finance and Resources Sean O’Neal made a presentation in response to recent bills in various states that legalize various forms of discrimination if it is in accordance with religious beliefs. He recognized that proponents of these bills are constitutionally fair in their arguments but that opponents are equally correct in citing equal protection for all citizens.

Council also passed a referendum to put A.S. Constitutional Amendments to a student vote. One of the main concerns addressed was that students are not aware enough of the issues to make an informed vote. O’Neal called upon senators, executives and the Guardian to educate constituents and peers on the issues.

“We do a disservice to the student body when we assume they’re too stupid to decide for themselves,” Revelle Senator Soren Nelson agreed.

VP External Vanessa Garcia announced a new initiative to better inform commuter students on student-friendly landlords and their rights as renters. Her advice for future initiatives is to create a Yelp-like page with local landlords in order to protect students.

I’d like to give a shout out to my loyal reader(s) — I know there’s one of you out there for sure!