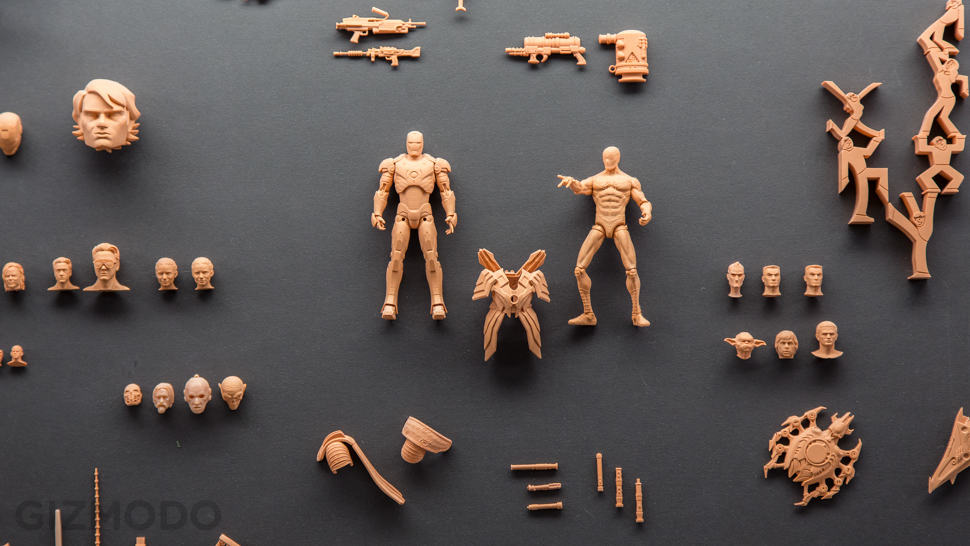 Hasbro Inc., a globally branded toy company, has announced a partnership with tech firm 3-D systems, aimed at creating 3-D play printers for children expected to be released in 2014.

Critics of the Hasbro and 3-D Systems partnership fail to account for the production efficacy of such merchandise, the creativity that it promotes and, lastly, its unprecedented potential to redefine recreation. 3-D printing extends beyond leisure-based product development; its wide range of useful and progressive applications has made it a pivotal tool, specifically in the biomedical field.

Prototypes have already been employed in the creation of windpipes, hearing aids and low-cost prosthetics — and by the end of 2014, biotechnology firm Organovo plans to release the first 3-D printed liver. Accessibility to manufactured organs is a matter of serious public interest, as approximately 18 people die every day in the United States waiting for an organ transplant, according to the U.S. Department of Health and Human Services. About 120,000 Americans are on the organ waiting list and face the risk of incompatibility even in the case of a donation. With 3-D printing, however, organs are regenerated with a sample of the patient’s own stem cells, eliminating any possibility of rejection. These products demonstrate their potential to save lives and improve global health.

Whether it’s with toy parts or body parts, the new prototypical platform has broken barriers that manual production has long sustained. 3-D printing seeks to actively engage the consumer and should be supported for its potential to reinvent the current merchandising experience. Despite speculative negative responses, this new technology has revolutionized medicine, enhanced product development and given way to a world of innovative possibility.

The experience of excitedly rushing home to assemble a new piece of furniture only to find out that one piece is missing is inconvenient and frustrating. Fortunately, this inconvenience now has a solution — 3-D printing. Not only does 3-D printing cater to individuals for personal use, it also has the potential to benefit entrepreneurs.

3-D printing has great potential to expand DIY technology. According to the Huffington Post, 3-D printers are capable of making things like chocolate, guitars and shoes — all can potentially be easily manufactured by small businesses or individuals.

3-D printing can also make production processes more viable and efficient by streamlining the process of prototype-making. According to Forbes, 3-D printers’ efficiency saves time and money by allowing entrepreneurs to first print their prototypes at home and then send the information to manufacturing offices for a finished product. This process would significantly decrease the time that materials spend in transit, minimize labor expenditures and reduce environmental impact. This would allow relative independence from manufacturers in the initial design process. 3-D printing could thereby eliminate common problems that arise due to a lack of communication between designers and manufacturers, giving designers more freedom.

Commodities like instruments, prosthetics and clothing are only a few of the many possibilities that 3-D printing will be able to provide. With further development and accessibility, 3-D printing has the potential to bridge the gap between DIY and professional manufacturing.

The concept of 3-D printing is undoubtedly interesting, but the developing technology has introduced a whole new set of societal health and safety risks. The open, do-it-yourself nature of 3-D printing holds no one responsible for product regulations, but dangerously gives users the opportunity to create virtually anything with downloaded blueprints from the Internet.

Hasbro may be willing to introduce 3-D printing technology in its line of children’s’ toys, but for justifiable reasons, not everyone is on board. According to The Guardian, Mattel and Lego have both released statements against allowing consumers to print their own versions of Hot Wheels racecars and Lego bricks at home. Because these toys are intended to be used by children, safety and durability tests are held at utmost importance; printed toys are just not viable replacements for the manufactured toys that require quality and performance tests before hitting store shelves.

3-D printers will also allow owners to create lethal weapons overnight. In May 2013, Defense Distributed founder Cody Wilson released prints for the Liberator, the world’s first 3-D-printed gun, which is made of plastic and can go undetected by any metal security detector. Recognizing the risk, the U.S. Department of State pulled the prints from Wilson’s website two days after their release. But according to Forbes, the Liberator already had well over 100,000 downloads before it was removed.

3-D printing has offered positive contributions but at a hefty price. At the end of the day, maintaining public safety must be prioritized before 3-D printers become commonplace in every home.

Hasbro Inc., a globally branded toy company, has announced a partnership with tech firm 3-d systems, aimed at creating 3-d play printers for children expected to be released in 2014.

One thought on “Quick Takes – 3-D Printers Made for Kids”