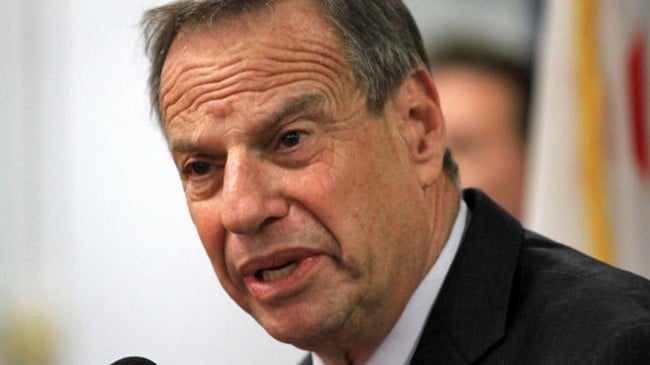 San Diego is responsible for a $250,000 settlement to the victim of the former mayor’s sexual harassment

The city of San Diego is set to pay $250,000 to settle a lawsuit with the first woman to publicly accuse former mayor Bob Filner of sexual harassment.

Irene McCormack-Jackson served as Filner’s communications director from January to June 2013 before publicizing his inappropriate behavior, which included asking her to go to work without panties, demanding kisses and dragging her in a headlock. She has been represented by attorney Gloria Allred.

Filner resigned in August of last year after 17 more women came out to accuse him of harassment and pled guilty to one felony count of false imprisonment and two misdemeanor counts of battery.

He will serve three months of home confinement starting Jan. 1; however, he is not responsible for any of the money owed to McCormack. After the allegations became public, the San Diego City Council agreed to pay Filner’s legal fees in exchange for his resignation.

The city’s attorney, Jan Goldsmith negotiated the lawsuit, which holds the city responsible as Filner’s employer.

“Nothing will come out of [Filner’s] pocket. This is the city’s responsibility under the settlement,” Goldsmith told NBC San Diego. “Both sides won because we resolved it early,, before a year of very expensive litigation plus a trial at the end.”

Former interim mayor Todd Gloria, who stepped into the position following Filner’s resignation and held it up until last week’s election, believes the settlement is the right step in putting an end to the issue.

“I am pleased that a settlement has been reached in this case and that our city can continue to move forward beyond the actions of our previous mayor,” Gloria said. “Irene McCormack-Jackson deserves the gratitude of our city for standing up courageously against treatment no one should ever endure.”

The settlement releases San Diego from future liability to McCormack; however, the city still faces two more lawsuits, one from another city employee and the other from a former Marine.

San Diego voters elected Republican Councilman Kevin Faulconer to replace Filner last Tuesday by a margin of nine points over opponent David Alvarez. Faulconer has not commented on the settlement.