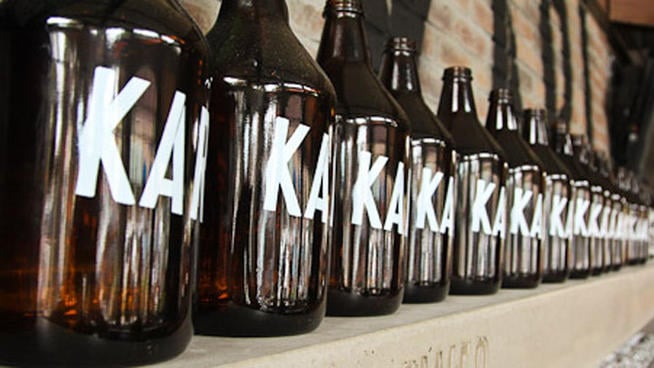 UCSD Extension to Offer Brewing Certificates: San Diego-based Karl Strauss Brewing Company has teamed up with UCSD’s Extension program to launch a brewing certificate program. The brewery is funding two scholarships in 2014, with a single recurring scholarship that will begin in 2015.

The brewery’s nonprofit Karl Strauss Brewers Education Fund, which will be providing the scholarships, was established in memory of its late founder to support the local brewing community.

According to NBC San Diego, the program is offered as a part-time, evening and weekend program and can be completed in 18 to 24 months.

Toni Atkins Elected Calif. Assembly Speaker: San Diego Democratic Assemblywoman Toni Atkins is poised to be the next Speaker of the California Assembly after a unanimous vote among Democratic lawmakers at their caucus lunch. If elected to the position, Southern Californian representatives will be in charge of both chambers of the Legislature for the first time in four decades. Atkins will also be the first openly gay woman to lead the Assembly, following the current speaker John A. Perez, who was the first gay lawmaker to hold the office. The Bay Area Council, a San Francisco business group, and other groups expressed concern over the possibility of all Southern California representatives in Legislature. The Los Angeles Times article notes that over the last 20 years a Northern California lawmaker has led one chamber and a Southern Californian has led the other. The full Assembly will confirm Atkins at an official floor vote in the spring.

UCOP Sees Budget Cuts: UC President Janet Napolitano announced a series of budget cuts to the Office of the President on Jan. 22. According to a UC Newsroom press release, Napolitano said the budget will remain flat for the 2014–15 fiscal year, but there will be a hiring cap, travel reductions and other fiscal cuts.

“We will undertake a priority-based budget process covering the next two years that, aligned with the ongoing efficiency review and in consultations with the campuses, will determine the appropriate size, shape and roles of the Office of the President,” Napolitano said in the press release.

Cutbacks will require budget cuts of up to 6.5 percent in some areas, Napolitano said.

Marijuana Smokers Alleged Cause of Colby Fire: Three Southern California men accused of starting the 1,952-acre Colby fire because they were allegedly smoking marijuana when the Los Angeles-area brush fire began on Jan. 16, according to a federal complaint filed on Jan. 21. The complaint alleges that the men were camping and tossed papers into their campfire when winds blew embers into the brush above Glendora. Each of the men has been charged with one federal count of unlawfully setting a fire. If convicted, they face up to five years in prison, according to the U.S. Attorney’s Office.