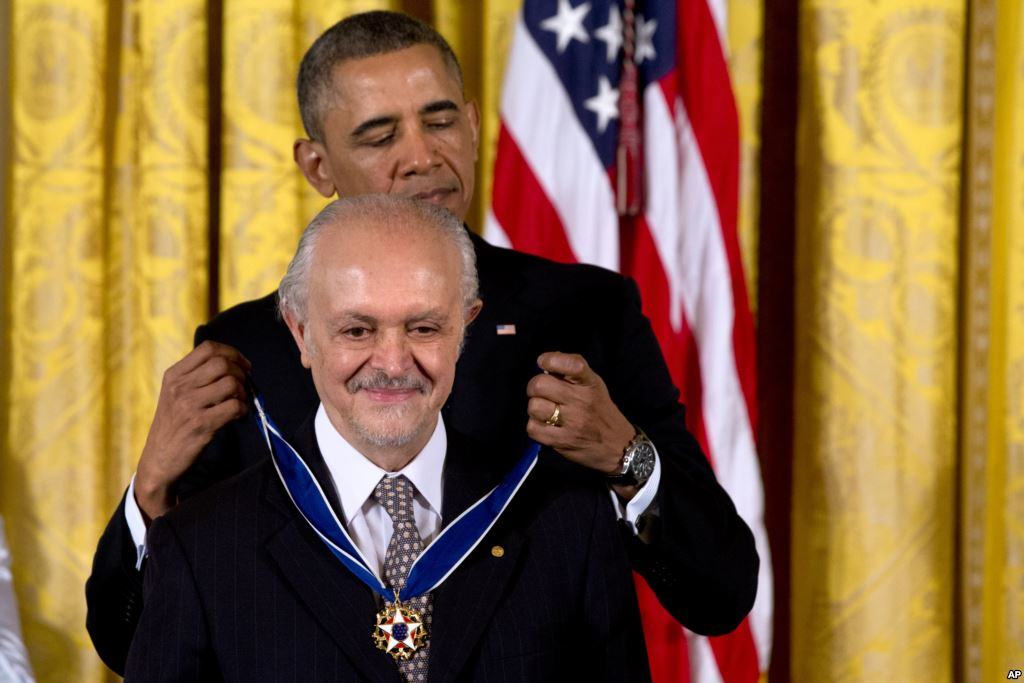 UCSD professor Mario Molina was awarded the Presidential Medal of Freedom award — the nation’s most prestigious civilian award — from President Barack Obama in a ceremony held on Wednesday, Nov. 20. The ceremony also honored 15 other recipients of the award, including Oprah Winfrey and the late Sally Ride who was the first American woman in space before becoming a professor emeritus of physics at UCSD.
The Presidential Medal of Freedom award was established 50 years ago by the late President John F. Kennedy to honor men and women in their fields of expertise. Before honoring each recipient for their contributions, President Obama reminded those in attendance of the significance of the award.

“The Presidential Medal of Freedom goes to men and women who have dedicated their own lives to enriching ours,” Obama said. “This year’s honorees have been blessed with extraordinary talent, but what sets them apart is their gift for sharing that talent with the world.”

Molina was recognized by President Obama for his groundbreaking discovery of chlorofluorocarbons, a common class of chemicals once found in aerosol sprays and refrigerants that deplete the ozone layer in the stratosphere. His work also earned him a Nobel Prize in 1995 that he shares with co-recipients, Paul J. Crutzen and F. Sherwood Rowland. President Obama continued to praise Molina for his unwavering dedication to teach society of the threat climate change poses.

“[Professor Mario Molina] was awarded the Nobel Prize, not only for his pathbreaking research, but also for his insistence that when we ignore dangerous carbon emissions we risk destroying the ozone layer and endangering our planet,” Obama said. “And thanks to Mario’s work, the world came together to address a common threat. And today, inspired by his work, we are working to leave our planet safer and cleaner for future generations.”

When the medal recipients were first announced in May, Molina told UT San Diego he felt the award signified more than just honoring his work.

“I was stunned to learn that I’m getting the medal,” Molina said. “I’m also very humbled. The Nobel is given for work that you do in your field. But the Presidential Medal of Freedom is given for people who are thought to have had an impact on society. This is really an incentive to keep working on the issues that I have been involved with, including climate change.”

Having established a Center for Energy and Environment in Mexico City, Molina now divides his time between teaching at UCSD and researching on air quality and other global change issues.