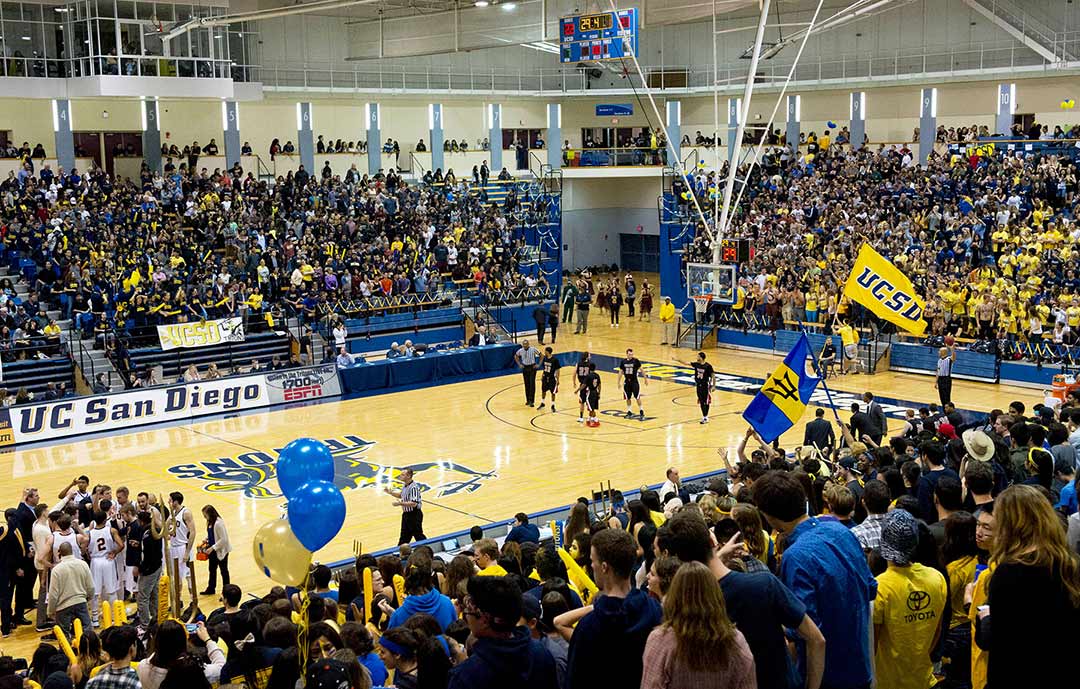 In an advisory vote sent to Chancellor Pradeep Khosla, faculty members expressed their support for the university’s move to Division-I athletics, the Academic Senate announced on Wednesday. The voting period began on Dec. 1 and ended on Dec. 12, with 62 percent of those who participated in favor of the change.

736 ballots were cast by faculty, who are either professors or select administrators, placing the turnout rate at 32.7 percent of the Academic Senate membership.

According to the Athletics Department, the vote was preceded by months of work and deliberation that involved reports from five of the Academic Senate’s committees.

Director of Athletics Earl Edwards told the UCSD Guardian that he believes the faculty’s approval was both a reflection of their enthusiasm for moving to Division-I and their desire to respect the results of the student referendum held during Spring Quarter 2016.

“I know a number of students and a number of faculty who say [faculty members] should support the student vote, and I also know there are faculty members who have felt that the move to Division-I was just the right thing to do for UC San Diego,” Edwards said.

Edwards also noted that the voting process was straightforward, describing it as “very sterile in the sense that they had their election and I received the results and that was pretty much it.”

Now that the faculty has endorsed UC San Diego’s change to Division-I, the university is waiting on an invitation from the Big West Conference, which requires approval from the presidents of the nine member-schools. The Big West is comprised of four other UC campuses, four California State Universities and the University of Hawaii.